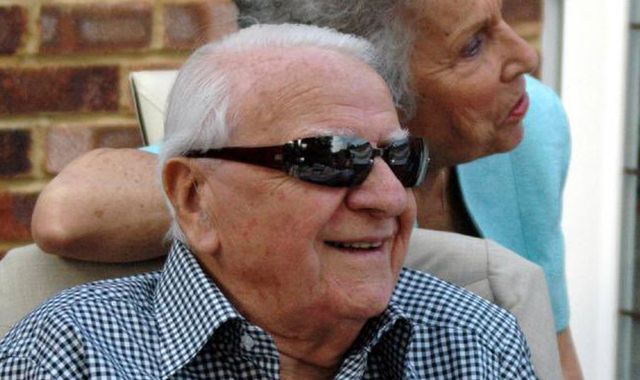 Belgian-born Stellman was also a record producer and lyricist who wrote songs for stars including Cilla Black, Petula Clark, Charles Aznavour, The Shadows and Tony Bennett.

A statement from his family said: "The death has been announced on May 2 of Marcel Stellman, 96, former record executive with Decca Records, a prolific song lyricist whose hits included Tulips From Amsterdam and the man who brought the Countdown TV game show to Great Britain, the first programme to be broadcast on Channel 4, where it has been aired continuously since 1982."

Carol Vorderman, who hosted the the show for 26 years from 1982 until 2008, was among those paying tribute.

She wrote: "I am so sorry to hear this news Mark....x Marcel and Jeanie and I had so many very happy decades together, forging a path for Countdown in the early days and working hard together to make it the juggernaut it then became....Happy days. A great life well lived."

Dictionary corner stalwart Susie Dent said: "Very sad news for the Countdown family today: with the death of Marcel Stellman we have lost our patriarch and most passionate advocate. He brought to the UK a format that almost everyone has played and loved. And we loved him."

Marcel Leopold Stellman worked as a producer and international manager at Decca Records from the mid-1950s up to 1989, alongside names including Sir Tom Jones, Engelbert Humperdinck and Dame Vera Lynn.

Stellman brought the French TV series Des Chiffres et Des Lettres (Numbers and Letters) to the UK as Countdown in 1982.

He pitched the concept to several networks and it was ultimately picked up by Yorkshire Television, which commissioned a series of eight shows.

The series was later bought by a fledgling Channel 4 and became the first programme to be aired following its launch in November 1982, hosted by Richard Whiteley.

His association with television began in the 1940s and 1950s when he presented children's programmes, including Pinky And Perky, where he selected the songs the two pig puppets would sing.

Stellman was a recipient of a Basca Gold Badge Award in 1988 and received an Ivor Novello Award as lyricist for Dance On by Kathy Kirby in 1963.