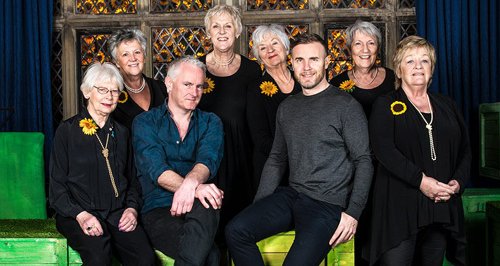 The Take That singer says he's no problem tackling the nudity scenes in the iconic Women's Institute story...

Gary Barlow has penned a musical version of the 'Calendar Girls', which will premiere at Leeds Grand Theatre in November.

The Take That frontman assured The Mirror that he had no problems tackling the rather racy nudity scenes, joking: "That's the only reason I wanted to be part of the show. I want to look at women with no clothes on."

The 'Let Me Go' singer has spent three years working on the musical version of the Women's Institute women's story, who created a nude calendar to raise money for Non-Hodgkins Lymphoma.

With the help of friend, writer Tim Firth, who adapted 'Calendar Girls' into a long-running stage show in 2008, the new musical, simply titled 'Girls' will definitely include nudity scenes. 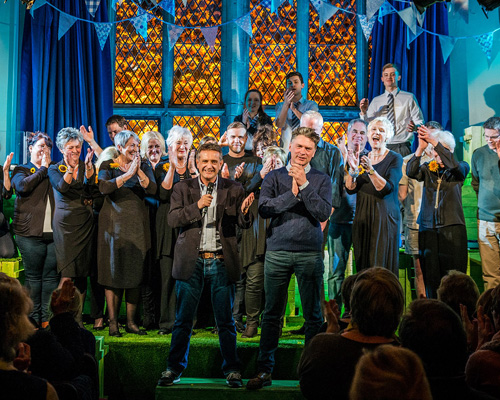 The show wowed audiences in Burnsall, North Yorkshire, who attended a rehearsal with some of the original who inspired the 2003 film starring Helen Mirren and Julie Walters.

The creators said: "We are over the moon with the reception our new musical 'The Girls' has had here in Burnsall and to have received the ecstatic blessing of the original 'Calendar Girls' is something that is so so special to us."

'The Girls' will premiere at Leeds Grand Theatre in November and come to the Lowry in Manchester from 13th to 30th January 2016. Tickets are on sale now and will raise money for Leukaemia and Lymphoma Research.