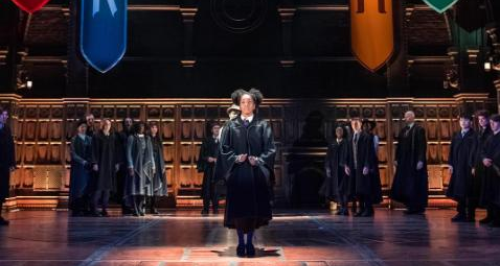 Don't worry if you didn't get your hands on tickets the first time around, because all good things come those who wait.

Unfortunately, there were a lot of disappointed fans who weren't able to get their hands on tickets the first time around, but all good things come those who wait.

The new tickets can be bought directly from Niamax Theatre or ATG website, official ticketing partners for the play.

So what have people said about the play so far?

Well we've rounded up some of your trusted your reactions to the opening night of Part One of 'Harry Potter and the Cursed Child' and BOY does it look like magical.

A photo posted by HarryPotterAndTheCursedChild (@hpplayldn) onJun 7, 2016 at 11:30am PDT

So, reaction to first preview was... wonderful. Feedback is fans really do want to #KeepTheSecrets for each other's sake. #DontBeWormtail

Gasps cheers and standing ovation from the audience - trust me, I was one of them! Absolutely stunning! #CursedChild pic.twitter.com/F0aA8MMji1

Meet the Weasley-Grangers! Ron and Hermione Have A NEW Addition To Their Family: 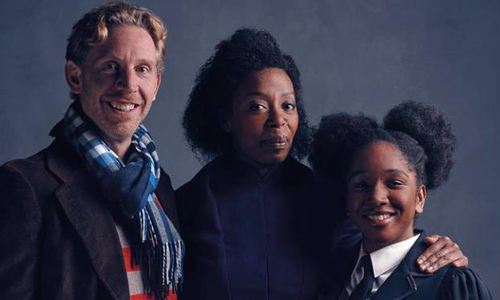 The first pictures of Harry Potter's best friends 19 years later have been revealed as 'The Cursed Child' gets set to hit the West End.

'The Cursed Child', a theatre production of JK Rowling's Harry Potter story, has teased some fantastic pre-show shots of the Potters, Harry, Ginny and Albus, the cursed child himself in costume on its Facebook page.

Now the first pictures of Hermione Granger and Ron Weasley have been unveiled too!

Actors Paul Thornley and Noma Dumezweniare seen in full costume in brand new pictures which show the Weasley-Granger family in its entirety.

The latest addition to Ron and Hermione's family is their daughter Rose, played by Cherrelle Skeete. The actress, who appeared in 'Call The Midwife', flashes a devilish grin as she stand proudly in her Hogwarts uniform.

Meanwhile, actor Sam Clemmett has been revealed as Albus Severus Potter, aka The Cursed Child and Poppy Miller takes on the role of Ginny Potter - Harry's wife.

This is the first time we've seen Jamie Parker as Harry Potter resplendent with his notorious lightning scar.

"There's much I could say about Sam-as-Albus, but we'd be into spoiler territory so quickly I'll just say we couldn't have cast better," J.K. Rowling told Pottermore.

Pottermore will be releasing more images of the cast throughout the week.

Previews of the theatre show start on 7th June at London's Palace Theatre.

'The Cursed Child', JK Rowling's stage version of the next installment of the Harry Potter story (which is set to feature Ron, Harry and Hermione as grown-ups) has finally revealed a picture of the plays entire cast. The picture of the full cast of actors was published to the official Pottermore Twitter account as they announced rehearsals kicked off this week.

The 56-strong group, which includes creatives, actors and members of the production team, are lead by the author of the original books J.K. Rowling, who sits front of group in green.

Rehearsals have begun! See @JK_Rowling & the Company of Harry Potter & the #CursedChild together for the first time. pic.twitter.com/t2tCYgjHgb

The picture comes  after it was announced that Jamie Parker (currently playing Sky Masterson in Guys and Dolls) is set to play Harry while Paul Thornley will play Ron and Noma Dumezweni will take on the role of Hermione.

Rowling also told Harry Potter website and fanbase, Pottermore: "I’m so excited with the choice of casting for Harry Potter and the Cursed Child. I can’t wait to see Jamie, Noma and Paul bring the adult Harry, Hermione and Ron to life on stage next summer."

The two-part play (to be watched either as a matinee then evening show or over two consecutive nights) is set 19 years after the seven-part book series ended and casts Potter as an "overworked employee of the Ministry of Magic, a husband and a father of three school-age children", according to the play’s website.

"While Harry grapples with a past that refuses to stay where it belongs, his youngest son Albus must struggle with the weight of a family legacy he never wanted. As past and present fuse ominously, both father and son learn the uncomfortable truth: sometimes, darkness comes from unexpected places."

This just makes us want to read the books all over again...