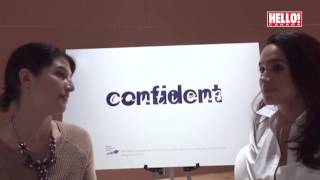 Does this prove that Prince Harry's new girlfriend had her sights on him a long time ago?

Since the newest Royal romance has blossomed, a video has emerged from October 2015 of Prince Harry's new lady choosing him as a potential suitor!

The video from Hello! Canada shows the 35-year-old 'Suits' actress answer a series of quick fire questions in a live Periscope session in Toronto.

But one of the questions is of particular interest since the blossoming romance between the star and Prince Harry came to light....

In the video she is seen to giggle and shake her head coyly saying 'I don't know', but when prompted by the reporter she eventually grinned and said Harry.

And the rest is history!

That could have been awkward if she'd said William...