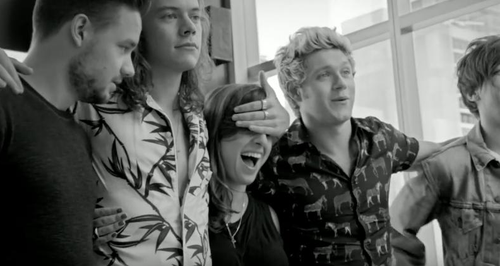 One Direction have finally dropped the "Perfect" music video has arrived. Yep, the boys have premiered their new music video. Check it out here...

Just hours after they disappointed thousands of fans when they pulled out of a gig at the last minute, One Direction have finally released the video for their new single 'Perfect'.

The foursome were due to perform their first of three shows at the SSE Arena in Belfast, but were forced to cancel after Liam Payne fell ill.

So what better way to make up for a cancelled gig than their much anticipated new music video?

Louis Tomlinson was the first to tweet a link to the stylish black and white Vevo clip, writing next to it: "Here's the video for Perfect for you guys. Hope you love it."