Ben Stokes: England all-rounder out for up to three months with surgery required on finger injury 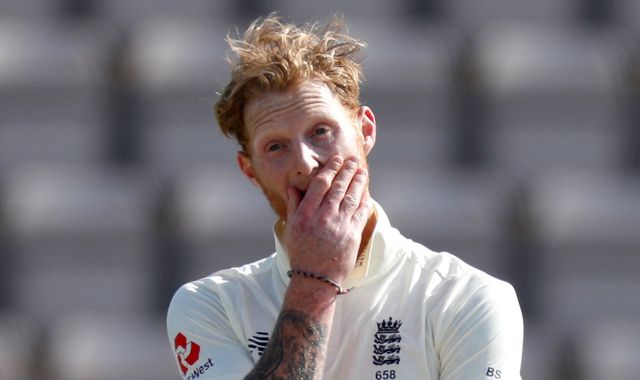 Ben Stokes faces up to three months on the sidelines after it was revealed he will need surgery on the finger injury he suffered this week.

Stokes is now set to miss England's Test series at home to New Zealand in June, as well as the limited-overs series against Sri Lanka in June and July.

England will be hoping he is able to return for the one-day games against Pakistan, which begin on July 8.

Rajasthan confirmed earlier this week that Stokes would play no further part in the IPL, with a further X-ray on Thursday showing the extent of the injury.

It occurred when he took a diving catch in the deep to see off the Kings' Chris Gayle, after which he immediately left the field for treatment.

Having already sent down one over, he did not bowl for the remainder of the innings in Mumbai. The 29-year-old then registered a three-ball duck as the Royals crashed to a narrow four-run defeat.

Stokes will fly home from India on Saturday before undergoing surgery in Leeds on Monday.

(c) Sky Sports 2021: Ben Stokes: England all-rounder out for up to three months with surgery required on finger injury