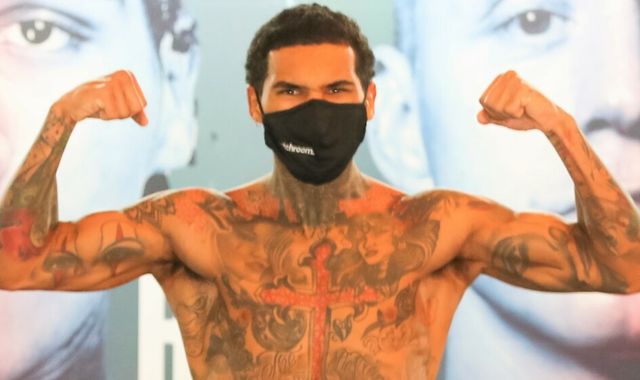 Conor Benn dismissed doubts about the emotional build-up to his battle with Sebastian Formella after making weight for Saturday's fight.

The British welterweight became tearful during an interview earlier this week ahead of a sizeable step-up in class against Formella, live on Sky Sports, but Benn insisted he was simply more "revved up than ever".

After both fighters weighed in at 10st 6lbs, Benn told Sky Sports: "I don't know if he really wants it as much as me. That's what I do know.

"When I get in there it ain't all nice. He wanted to have a little fist bump at the end. I'm ready to go. He's in the way of what's mine. I'm going to take what's mine. Rightfully mine.

"People saying is my head space in the right place? Of course it is. Just miss my family. Can a young boy not miss his family, without people saying I'm not in a good frame of mind?

"I'm coming for it. I'm confident in my boxing ability. This pressure isn't getting to me. I've known this since I turned pro."

"We will see a very good fight from both fighters, with good technique and a physically strong fight," said Formella.

In a heavyweight double-header on the undercard, Fabio Wardley risks his unbeaten record against Richard Lartey, while Croatia's Alen Babic, another contender without a defeat, collides with Tom Little.

Wardley weighed in at 16st 6lbs, two stone lighter than Lartey, who came in at 18st 6lbs 1oz.

Babic, nicknamed 'The Savage', tipped the scales at 15st 3lbs, over a stone lighter than Little, who weighed 16st 10lbs 3oz.

Watch Conor Benn vs Sebastian Formella on Saturday, from 7pm on Sky Sports.