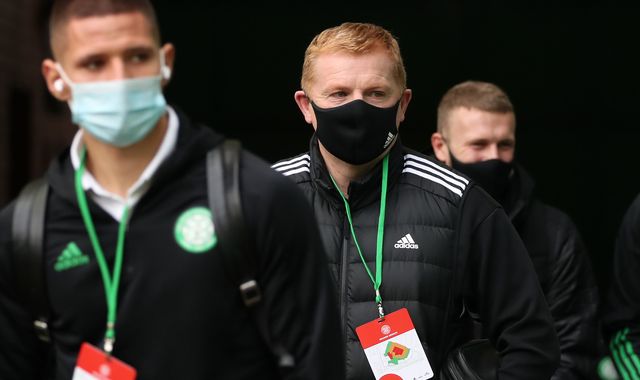 Celtic chief executive Peter Lawwell has apologised for the club's trip to Dubai, saying "looking with hindsight and looking at the outcome, clearly it was a mistake".

The decision to travel to Dubai for a training camp amid a global pandemic has angered many, with Christopher Jullien subsequently testing positive for coronavirus and forcing 13 of his team-mates into quarantine.

Boss Neil Lennon and his assistant John Kennedy are also self-isolating after being ruled as close contacts of the centre-back.

Furious fans have hit out at the decision to let Jullien take the 3,000-mile flight to the UAE despite being ruled out for four months with a serious knee injury.

First-team coach Gavin Strachan - who took over Lennon's dugout duties in the 1-1 draw with Hibernian on Monday - insisted it was done with the best of intentions as he reiterated Celtic did not regret flying to the Middle East.

However, speaking on Wednesday in a video titled 'a message to our supporters', Lawwell admitted the trip was "regrettable".

"It's been an extremely difficult few days and you know in reflection, looking back, looking with hindsight, and looking at the outcome of the trip, clearly it was a mistake," Lawwell said. "And for that, I profoundly apologise to our supporters.

"We left here and the rationale for the camp was the very much the best intentions. Things haven't gone the way we wanted to and the outcome is clearly very regrettable."

Explaining the reasons behind the trip, Lawwell added: "If you look back over the last four years, going to the camp in Dubai has been extremely successful, and the decisions we made have been entirely in the best interests for the team and the best interests of the club.

"What we planned to do was to take them to these facilities again, which are world class, after a very hectic programme in November and December, which has, in the past, proven to be a great benefit in terms of performance after January.

"In terms of the facts surrounding the trip, I think we decided way back in November to go, and were permitted to go.

"Clearly, the landscape has changed significantly, particularly the run-up to us going to Dubai, in terms of the infection rate and whatever. But, at the time the Dubai infection rate was still part of the green corridor, right up to the point where we left.

"We were deploying the same protocols that we have done since the bubble started in June and we haven't had one positive up until this stage.

"Overall, the reasons to go were for the right reasons, it was performance, and of course at the end of the outcome, that has been really disappointing."

In the club's first Scottish Premiership match since the warm-weather training trip, those absent players and staff were made to watch at home as another late defensive lapse allowed Hibs striker Kevin Nisbet to fire a late equaliser in a further devastating blow to the Hoops' faint title hopes.

The draw means Celtic are now 21 points behind runaway leaders Rangers, with three games in hand.