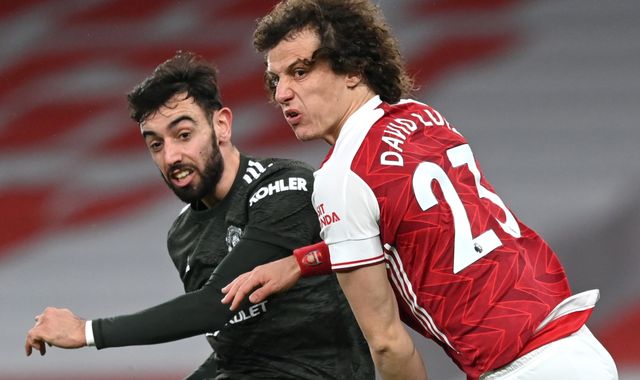 Arsenal and Manchester United supporters' groups have accused their own clubs of being involved in a "blatant power grab" over plans to reform the Champions League.

The clubs are part of the European Club Association (ECA), which meets on Friday to see if it can sign off on UEFA's plans which would increase the number of Champions League matches from 125 to 225.

The ECA's chairman Andrea Agnelli - who holds the same role at Juventus - has described the new format, where each team would play at least four extra group-stage matches compared to now, as "ideal".

UEFA's proposals also controversially include plans which would effectively provide Europe's most successful clubs with a safety net should they miss out on qualification via domestic performance.

However, it is understood some ECA members are still pushing for greater commercial control of the new competition.

An open letter to Agnelli, signed by 17 fans' groups from 14 clubs who are represented on the ECA board, read: "We are writing to you on behalf of them and millions of others across the continent who you have chosen to ignore in your attempt to take over European football.

"Your plans to restructure the Champions League by increasing the number of games, introducing qualification based on past achievements and monopolising commercial rights present a serious threat to the entire game."

The letter continued: "Instead of realising your supposed goal of 'building a successful, sustainable, and socially responsible football industry', you will only make the gap between the rich and the rest bigger, wreck domestic calendars and expect fans to sacrifice yet more time and money.

"All for the benefit of whom? A handful of already wealthy clubs, investment firms and sovereign funds, none of which have the legitimacy to decide how football should be run. Even most ECA members stand to lose out from the proposed reforms.

"Such a blatant power grab would be indefensible at the best of times, but at the height of a global pandemic, it is nothing more than crisis profiteering - not to mention a stark contrast to the solidarity displayed by fans."

The ECA board meeting on Friday will be followed by a gathering of UEFA's club competitions committee.

Only approval from that committee will enable UEFA's ultimate ruling body, the executive committee, to rubber-stamp the new Champions League format on Monday.

"Over the past year, we have supported our clubs unconditionally, buying season tickets with no hope of attending games, and paying for TV subscriptions to watch repetitive ties held in empty, soulless stadiums, all while you were working behind the scenes to find new ways to bleed us dry," it read.

"But we do not have the time or money to invest in your fantasies or fund your insatiable greed. And in the end, we are your business model. Despite the expectations of some, there is no 'fan of tomorrow' waiting to come off the bench to rescue your plans.

"We are the fans of today, and we do not want more European games. We want strong, competitive domestic leagues, an equal opportunity to qualify for Europe based on sporting merit and fairer sharing of the game's wealth.

"We therefore demand that you drop your reckless plans. We also call on football's governing bodies to stop making concessions to elite clubs and intervene to protect the future of the game."

The UEFA proposal is for a 36-team league to replace the current group-phase format, which involves 32 teams split into eight groups of four.

Each team would play 10 matches on a seeded basis, the so-called 'Swiss model'. The model allows the flexibility to increase the number of games still further in the future, one of its plus points from Agnelli's perspective.

The Premier League is understood to have deep concerns about the impact of the extra matches on the domestic calendar, while English Football League chairman Rick Parry says the proposals pose a "major threat" to the future of the Carabao Cup.

The English top flight is also concerned by the proposal to give two of the extra qualification places to sides with the best European pedigree who have missed out on a place via domestic competition but have finished in a Europa League or Europa Conference League position.

It could mean a team finishing seventh in the Premier League leapfrogging teams in fifth and sixth into a more lucrative competition.

The top eight sides in the new 36-team league would qualify automatically for the last-16 knockout round, with the teams finishing ninth to 24th then playing off for the final eight spots.