Dementia in football: PFA calls for heading restrictions in training as FA vows to invest in research 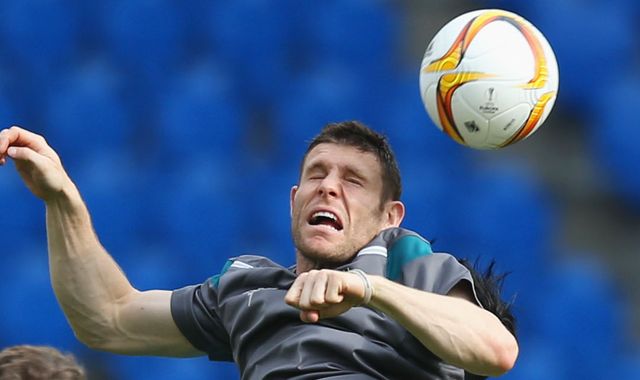 The Professional Footballers' Association (PFA) is calling for restrictions on heading in training, following concerns over the number of former players suffering from dementia.

The PFA says a game-wide strategy is urgently needed for dealing with dementia and neurodegenerative diseases in football.

It has asked for clubs, leagues and the Football Association to create a coordinated strategy to measure, monitor and adapt training, identifying protections that can make a difference to the long-term health of players.

The FA is promising to invest in research to determine whether there is a link between heading the ball and brain injury diseases. The governing body's guidance is that children under the age of 12 shouldn't be heading the ball.

In 2019, the PFA Charity-funded study, FIELD, found that footballers had 3.5 times the death rate from neurodegenerative conditions than the general population.

In a statement released on Friday evening, PFA chairman Ben Purkiss said: "Science has been developing quickly in this area, and we need to make an urgent intervention based on the evidence that is available now.

"A reduction of heading in training is a practical and straightforward step. We will be engaging with members, former members and their families to work on this area within the scope of the PFA's new advisory group, where decisions will be made on the basis of expert advice."

Charlton's brother, Sir Bobby, has recently been diagnosed with the illness.

PFA chief executive Gordon Taylor added: "The PFA and PFA Charity will continue our commitment, alongside The FA, to fund research in this area.

"However, in the short-term, football cannot carry on as it is. There is a big issue here, and based on the increasing evidence available, it is clear we need to take immediate steps to monitor and reduce heading within training."

Earlier this week, the PFA and the PFA charity announced their plan for an advisory group, which has been established with the aim of listening to members and their families as they aim to shape their response in the fight against dementia.

PFA charity chairman Brendan Batson said: "Our intention in setting up the group is to give a voice to the people who are most affected by dementia and other neurological diseases in football.

"We want to work closely with current players and the families of former players who know best what is needed in terms of support."

On Thursday, Frank Lampard revealed that he was considering adapting Chelsea's training over concerns with the number of former footballers developing dementia.

He said: "The rules need to be stronger to make sure we're not making younger children head it if they don't need to. In the development game, that's more than possible.

"We have to start with youth football. When children are developing, we can control the levels of training. Anything we can do to make things safer, we should.

"I think we can work up the pyramid. Already, I'm certainly considering it in terms of how we train here because of the seriousness of the issue.

"At the professional level, the small gains are huge and we need to make sure we're working under the same guidelines and trust each other that we are.

"At the moment, there are no guidelines. It has to be something that goes across the board."

(c) Sky Sports 2020: Dementia in football: PFA calls for heading restrictions in training as FA vows to invest in research