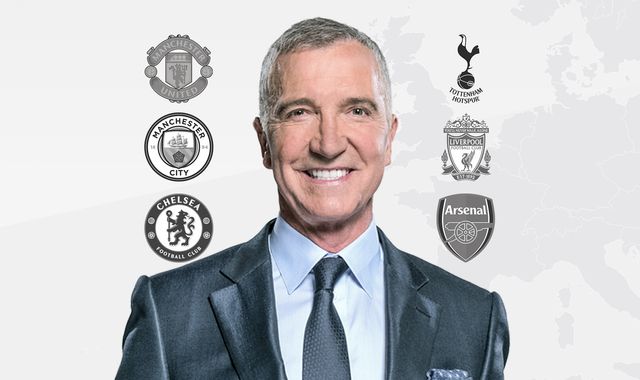 Graeme Souness insists Ed Woodward's departure from Manchester United is just the beginning of the European Super League fallout, and the Liverpool legend expects more people to lose their jobs in the days and weeks ahead.

The Premier League's 'Big Six' - United, Manchester City, Liverpool, Arsenal, Chelsea, and Tottenham - have all now issued statements saying they are pulling out of the Super League, which had only been formally confirmed to the public on Sunday.

On Tuesday evening, United also announced that Woodward, the club's executive vice-chairman, would stand down at the end of the year. He was heavily criticised by UEFA president Aleksander Ceferin on Monday for his role in the formation of the Super League. Sky Sports News has been told the decision for Woodward to leave United is an amicable one and unrelated to the Super League proposal.

Souness, who won three European Cups as a player at Anfield, expects the outcry from fans to continue while those responsible are still in position at their clubs.

"This is just the beginning," Souness told Sky Sports. "The supporters will not forgive the people who decided to go for this idea.

"They will not forgive them because they come on, talk a good game, tell us how much they love their football clubs, how much they are behind it and it for the long term, and they've been shown to be people that would take the quick money. They would sell their soul, basically.

"They were going to sell the souls of our major football institutions. They go beyond football clubs and they mean so much to so many people. They were selling institutions, selling their souls for quick money, and our supporters will not forgive them. I don't know how these clubs will manage to get back onside.

"It's just the tip of the iceberg. I think you'll see a lot more people who will have to resign their positions once the truth comes out about who was involved and who was driving it."

Should there be repercussions?

"The people at the top will be punished by the supporters themselves. They can't go to the games anymore or if they do, good luck.

"Certainly, with Liverpool, and I can talk with some authority there, I think it's impossible for those guys to turn up at Anfield ever again.

"But this is a monumental time in our game. If you ask anyone in the street, they will talk about money spoiling our game, and this was taking it to another level completely. The secrecy and deceit shown by these people goes beyond the pale and I think it's going to be very hard for them to start again.

Gary Neville: Woodward knew his time in football was finished

Former Manchester United defender Gary Neville says Woodward 'knew his time in football was finished' after he resigned as the club's executive vice-chairman amid the collapse of plans for a Super League.

Neville, speaking on Sky Sports, insisted the Glazers will find it difficult to come back from the failed European Super League.

"We obviously don't know why the timing is now," Neville said of Woodward's departure.

"The leeches could have thrown him under a bus, there's no doubt about that. Or it could have been that the sensible thing has happened that Ed Woodward knew it was going to get pretty hot in the kitchen for him in the next few months and he needed to get out of there.

Jamie Carragher: No future for owners at Liverpool

Liverpool pledged to be one of the founding clubs of the proposed new league when the breakaway was announced on Sunday.

However, after Liverpool's first-team squad joined Jurgen Klopp in voicing their opposition to the proposal, the Premier League champions pulled out of the proposed league on Tuesday night.

Just before Liverpool's withdrawal, Carragher launched a blistering attack on the club's hierarchy and ownership.

"I actually think the situation with Liverpool's owners is that l don't see how they can continue," Carragher told Sky Sports.

"They can't just leave the club, obviously, the business is worth a lot of money.

"But I don't see a future for the ownership of FSG at Liverpool on the back of this."

"This will never be forgotten," said Carragher.

"I think the best thing for them would be to find a new buyer. I think it will be very difficult for them to have any sort of relationship with Liverpool supporters and the club going forward."

On Wednesday morning, Liverpool owner John W Henry apologised to the club's supporters, players and staff for the club's actions, saying he was sorry and that he had "let you down".

High-powered, heavily-funded and years in the making, it lasted barely two days.

In a podcast special, Jasper Taylor is joined by Gerard Brand and Ron Walker to discuss the rapid break-up of the breakaway European Super League.

The panel discuss why football is more than just a business or entertainment sport, how this was a fan victory we should celebrate, and what the future holds for football.