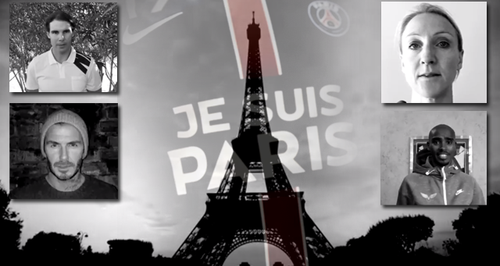 Sport's most famous faces pay tribute to the brave victims of the Paris atrocities.

The athletic pro's each take their turn to stand up by France's side as they utter the words "I am Paris" and stand shoulder to shoulder with those we lost in the country's recent terrorist act.

The video was played out before Paris Saint-Germain’s first home game since the tragic event.

Read more: Unborn Babies Help Save Other Babies Lives In The Most Amazing Way

We're in admiration of these players as they pay their respects to the dead.