Jose Mourinho: Tottenham boss says Fulham should apologise if they play strong side vs Spurs 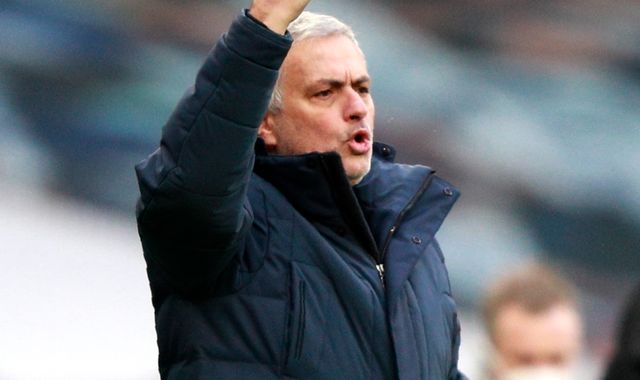 Jose Mourinho says Fulham should "apologise to all of us" if they play their strongest side against Tottenham on Wednesday night.

Spurs were originally due to host Fulham on December 30 before the game was postponed hours before kick-off due to a coronavirus outbreak within Scott Parker's squad - something which had frustrated Jose Mourinho - and the game was this week rescheduled for Wednesday.

Parker was unable to hide his anger at the late notice of his team being put into the fixture in place of Aston Villa - whose issues with a coronavirus outbreak led to the Premier League making the switch - and branded the move "scandalous".

Mourinho says he is expecting a good Fulham side to be named to play his team, who have take 29 points from 16 Premier League matches.

"We should see their team, their starting line-up, their bench, the players that are not involved," he added.

"After that, we can all feel sorry for them or we can all think that they shouldn't speak. My feeling is that they will play with everybody, maybe one player out, maximum two, that's just my guess. Of course we don't have access to any of this information, it's just a feeling I have, the best Fulham will be here.

"When we see the best Fulham then you realise lots of things they don't make sense."

It could not be simpler: we will have free-to-watch match highlights of every Premier League game on the Sky Sports website, app, and the Sky Sports YouTube channel shortly after full-time of every fixture.

In addition, Sky subscribers will also be able to enjoy in-game clips from Sky Sports matches in our Digital match blogs.

Premier League games to be rearranged