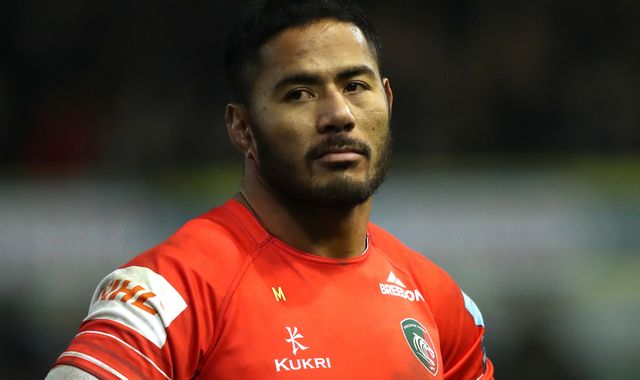 England centre Manu Tuilagi has joined Sale Sharks on a deal running until the end of the 2020/21 season.

By remaining in England rather than opting for a move abroad, the 29-year-old will remain eligible for international selection, having already been capped 43 times.

The British and Irish Lion was a free agent after rejecting a 25 per cent pay cut and leaving Leicester, the club he joined as a teenager.

He will now be available for Sale's push towards the play-offs, when the current Premiership season resumes next month after the coronavirus shutdown.

The Sharks sit second in the league standings, and will kick off the resumption of the season when they visit Harlequins on August 14.

"After discussions on Friday, all parties - Leicester Tigers, Manu Tuilagi and Sale Sharks - agreed that the player was a free agent and was able to enter into negotiations with another club.

"Manu will be a fantastic commercial and playing addition to our squad and I am looking forward to seeing him join up with the lads at Carrington this week."

Tuilagi's England career would have stalled had he decided to move abroad, with The Rugby Football Union (RFU) standing by its position of not selecting overseas-based players.