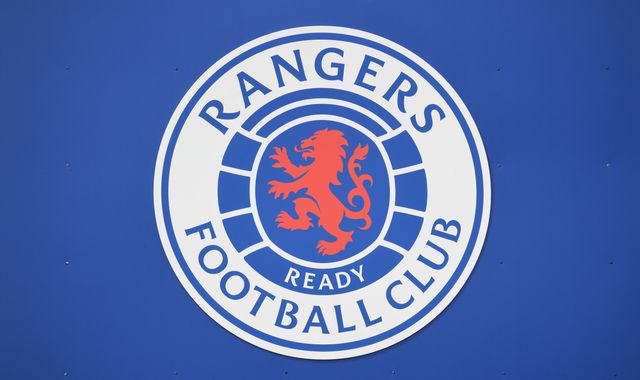 Rangers have become the first club in Scotland to boycott all social media channels in response to online abuse and discrimination.

All players and management will not post on platforms for a period of one week, starting at 7pm on Thursday.

Rangers say they are concerned with the daily racist abuse their players have to endure, with captain James Tavernier telling Sky Sports News before the Old Firm game on March 21 that every black player at the club has been abused on social media this season.

UEFA and Police Scotland are currently investigating the alleged racist abuse suffered by midfielder Glen Kamara against Slavia Prague in the Europa League on March 18. Kamara says he has been sent abuse every day since that game.

Forward Kemar Roofe revealed he has also been targeted in recent weeks. The 28-year-old highlighted several instances of the racist abuse he has suffered on Instagram since being sent off against Slavia Prague.

A club statement read: "Rangers can confirm that as of 7pm this evening, our players and management will take part in a week-long boycott of all social media channels.

"This is to underline the ongoing concerns over a lack of accountability and responsibility from social media outlets.

"In particular, we are concerned with the daily racist abuse our players have to endure, and believe that although social media can be a very positive and healthy platform for communication, there is undoubted concern the levels of hate are now spiralling out of control."

Rangers managing director, Stewart Robertson said: "We can confirm that as a board and as a club, we are fully behind our players and management on this issue.

"Having spoken to a wide range of clubs across the United Kingdom, we know these concerns are shared by all clubs and it is fair to say everyone is losing patience with the lack of action from social media companies.

"Rangers hope is that clear and direct action is taken from social media platforms. The basic verification of users, as part of the sign-up process, to any social media platform, will ensure that users are both identifiable and accountable for their actions and words. We will raise this next week in our scheduled meetings.

"Rangers has driven its flagship Everyone Anyone campaign forward rigorously, drawing praise and support from fellow clubs, governing bodies and politicians, and we will continue to stand firmly against all forms of discrimination. Enough is enough.

"We would hope that social media companies recognise the benefit of verified accounts. If they don't, it is time for government to step in and legislate. As a club, we will continue to consider all options which increase pressure on social media platforms until they begin working proactively in the interests of wider society.

"The Rangers players and management will begin their boycott from today at 7pm for one week."

Rangers have started taking a stand against racism before matches, rather than a knee. The first time they did this was alongside Celtic on March 21.

On Thursday, Sky Bet Championship clubs Swansea City and Birmingham City announced they are also boycotting social media for one week following a spate of "abhorrent" racial abuse on platforms.

The latest incident occurred after the Swans' defeat at Birmingham on Friday night, when Jamal Lowe was racially abused on Instagram the following day.

Swansea's Yan Dhanda was abused after the FA Cup loss to Manchester City and Ben Cabango was targeted while on international duty with Wales.

Facebook, which owns Instagram, has repeatedly said it does not allow attacks on people based on protected characteristics such as race, religion, nationality, or sexual orientation.

"We share the goal of tackling it and want to hold people who share it accountable. We do this by taking action on content and accounts that break our rules and cooperating with law enforcement when we receive a valid legal request.

"We also recently announced that we'll take tougher action when we become aware of people breaking our rules in DMs and we have built tools to help protect people, including the ability to never receive a DM from someone you don't follow.

"This work is ongoing and we are committed to doing more. We also know these problems are bigger than us, so are working with the industry, government and others to collectively drive societal change through action and education."

A Twitter spokesperson said: "Alongside our partners in football, we condemn racism in all its forms.

"Racist behaviour, abuse and harassment have absolutely no place on our service. At Twitter, protecting the health of the public conversation is essential to us, and this means making sure Twitter is a safe place to express yourself and follow the conversation about football, without fear of abuse or intimidation."

Arsenal's former forward Thierry Henry has also described racism on social media as "too toxic to ignore" and disabled all of his accounts following the recent instances on the platform.