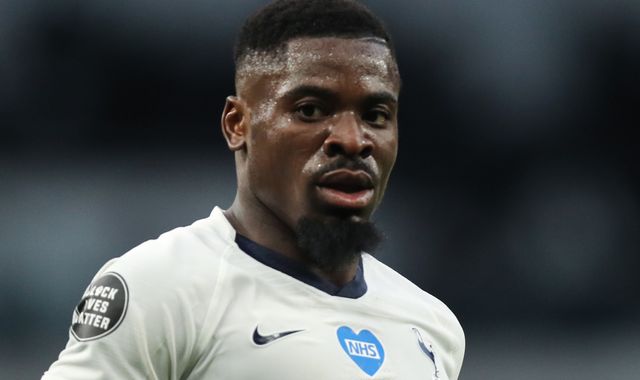 Tottenham have confirmed that defender Serge Aurier's brother died in the early hours of Monday morning, amid reports of a shooting.

A Tottenham statement read: "The club is deeply saddened to confirm media reports that Serge Aurier's brother passed away in the early hours of this morning.

"We are supporting Serge at this difficult time and we ask that the privacy of the player and his family is respected.

"Everybody at the club sends their sincerest condolences to Serge and his family.

"Our thoughts are with them all."

According to reports in France, Christopher Aurier was shot at a nightclub in the early hours of Monday morning in the southern city of Toulouse.

The suspected gunman fled the scene and is being sought by police, according to a French police source.

The younger of the two brothers, Christopher Aurier was also a footballer and played for Rodeo Toulouse in the French fifth division last season.

Serge Aurier, who is 27, joined Spurs in 2017 from Paris Saint-Germain, and is the captain of the Ivory Coast.

He played the full 90 minutes during Tottenham's 2-1 derby win over Arsenal on Sunday.

PSG's French forward Kylian Mbappe tweeted his support to the Spurs player, writing: "Je suis avec toi (I am with you)".