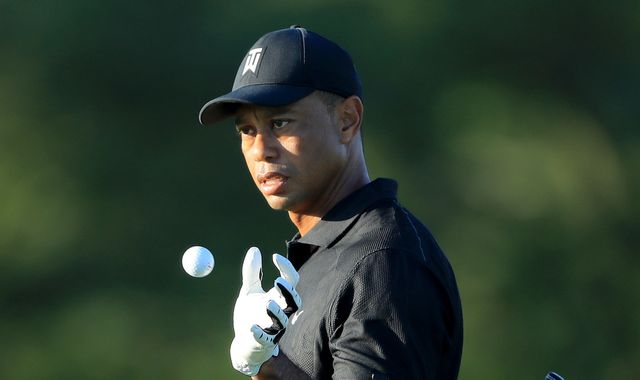 Tiger Woods has admitted safety was the main reason for delaying his PGA Tour return, although is now ready to 'take the risk' and get back to competitive action.

Woods is making his first PGA Tour start since February at the Memorial Tournament, the sixth tournament back on the schedule since the Tour resumed from its 91-day shutdown on June 11.

The 15-time major champion competed in The Match: Champions for Charity in May - raising money for coronavirus charities - but elected against playing on the PGA Tour until this week's event at Muirfield Village, with Woods keen to see how the situation unfolded before committing to coming back.

"I did consider playing, trying to figure out if I should play or not," Woods told the media on Tuesday. "I just felt it was better to stay at home and be safe.

"I'm used to playing with lots of people around me or having lots of people having a direct line to me and that puts not only myself in danger, but my friends and family. Just been at home practising and social distancing and being away from a lot of people.

"Coming back and playing the Tour, in my case over the 20-some-odd years I've been out here, I'm used to having so many people around me or even touch me, going from green to tee. That's something that I looked at and said, 'well, I'm really not quite comfortable with that, that whole idea'.

"Let's see how it plays out first and let's see how the Tour has played out, how they've started, and I feel that I'm comfortable enough to come back out here and play again, and I'm excited to do it."

All PGA Tour events will be played without crowds this season due to the rise in cases across the United States, with only a limited number of people allowed on-site, while there have also been several positive tests among players and caddies in recent weeks.

"It is a risk that we are now undertaking when we walk on the property and are around individuals that you don't know where they've been or what they've been doing.

"But the screening, the testing we've done, the protections that we've tried to implement on the Tour have shown that we've had to make adjustments, but it's a risk that I'm willing to take."

Watch the Memorial Tournament throughout the week live on Sky Sports. Live coverage begins with Featured Groups on Thursday from 12.15pm on Sky Sports Golf.