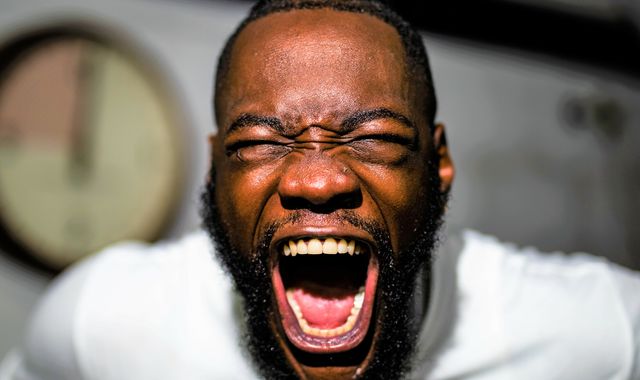 Tyson Fury's ongoing dispute with Deontay Wilder is not 'an issue' that could derail plans for two fights against Anthony Joshua, says promoter Eddie Hearn.

Fury's US promoter Bob Arum has revealed that he is "95 per cent" confident about agreeing terms with Joshua - and hopes to sign a contract within two weeks, despite Wilder's attempts to enforce another WBC title fight.

The American, who suffered a knockout loss to Fury last February, has started a mediation process in a bid to gain a third bout, but Joshua's promoter Eddie Hearn does not believe Wilder can prevent two huge world title clashes this year.

"He (Arum) is not too concerned," Hearn told Sky Sports. "He feels like the contract is over.

"There is an arbitration going on in that respect. I don't see that as an issue. If there is, Fury has to give Wilder some kind of compensation to take these two fights."

Fury issued a statement on social media in response to Wilder's outrageous post-fight claims and Hearn has questioned whether the British fighter would be willing to share the ring again with the Alabama man.

"Again, I can't talk on behalf of Tyson Fury, but the vibe I'm getting from everything I've seen on social media is he isn't giving Deontay Wilder another chance or another shot ever after he said what he said," said Hearn.

"The accusations of him being a cheat. Tampering with his gloves, people putting stuff in his drinks. It was absolutely bizarre. That was actually even more bizarre than 2020 itself."

Top Rank boss Arum is optimistic that he can overcome any remaining stumbling blocks for Fury versus Joshua.

"I think we'll sort through any issues and arrive at the conclusion, which is the fight that everybody wants," Arum told Sky Sports.

Hearn has admitted that Britain is now unlikely to stage the first fight, with alternative venues being considered in Saudi Arabia, Qatar, Dubai, Singapore, China and America.

Arum has suggested the location of the fight could lead to fresh debate about the ring officials, along with discussion about which champion will receive top billing.

"There are a lot of issues when you do a fight, like the judges," said Arum. "If we do it in the UK, I don't think you have a problem with judges and officials, even if they are all Brits.

"But if the fight is in another place, then you have to work out how the officials will be assigned and so forth.

"But those things, reasonable people work out. I don't look at them as being economic issues."

Both Arum and Hearn intend to reach a resolution with Oleksandr Usyk, who is the current mandatory challenger for Joshua's WBO belt.

"Firstly, I will do everything I can to keep the belts on the line, because for me, that is the glory," said Hearn. "Standing in the ring, seeing AJ covered in every bit of silverware you can win in boxing.

"That's always been the aim he had when he turned professional."

You can listen to an extended Eddie Hearn interview on this week's Toe 2 Toe podcast.