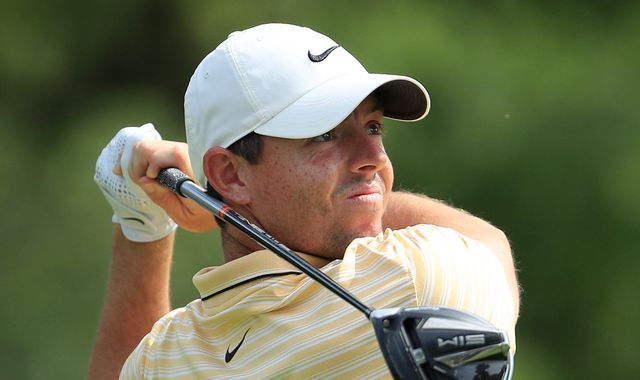 Rory McIlroy has issued a subtle plea to the United States Golf Association in a bid to avoid "goofy golf" in this week's US Open at Winged Foot.

McIlroy has never played the iconic New York course before and his first impressions have been largely positive, but he fears a tough course set-up at one of the most difficult venues in major championship golf could have dire consequences.

The USGA have frequently been criticised for their handling of various set-ups for the US Open, most recently during the third round at Shinnecock Hills in 2018 when certain pin positions were chosen without taking into account a strengthening breeze and a course that became drier and faster throughout the day.

Tiger Woods believes Winged Foot is "up there with Oakmont and Carnoustie" as the toughest courses in major golf, and McIlroy urged the tournament officials to avoid going "over the edge" when setting the course up for each round.

"This is the first time I've had a look at it," said McIlroy. "I played 18 holes on Monday and loved what I saw. It's hard, obviously, but I think it's very, very fair. When I played Oakmont for the first time, my initial reaction was, 'this place is impossible'.

"This course gives you a little more chance if you miss it, I guess. You can run the ball up on to the greens and maybe it's a touch more playable, but it's a tough track, and I'm still learning it as I go here.

"I've only played 18 holes here, but something would have to go seriously wrong to get into the realms of goofy golf. I think good shots here seem to get rewarded.

"Going back to Oakmont, it's a wonderful golf course, but I think the Oakmont setup normally is right about on the edge, and if you just go a little further, then that can start to get a little goofy, where here it doesn't seem like that can happen.

"Certainly if you get it way too firm and you get some crosswinds and stuff, it can get pretty dicey, but from what I've seen yesterday and today, I expect that not to happen.

"It's cooler temperatures. I'm sure the course can get pretty firm, but it's a little different in September than it usually is in June, as well, I guess."

McIlroy remains without a major victory in over six years, but he feels in a more relaxed frame of mind ahead of this week's US Open having enjoyed time at home with his wife Erica, and two-week-old daughter Poppy.

"I think it just puts things in perspective a little bit," he added. "My career it matters to me and I care about it very much, but at the same time, it makes the hard days a little easier to get over, right. And I'm not saying that I want to have hard days to get over, but yeah, you're a little more relaxed.

"When I say it's not the be-all and end-all, it's a major championship and I've grown up my whole life dreaming of winning these tournaments, and that's not going to change, but if it doesn't quite happen, I can live with that and go home and be very happy and leave what's happened at the golf course at the golf course.

"I think that's maybe something that I haven't done so well in the past is I haven't left my job at the office basically, I've brought it home with me, and I've let it affect my mood and how I am. I think having that little bit more perspective definitely helps."