US Open: Tiger Woods believes Winged Foot could be the toughest course in the world 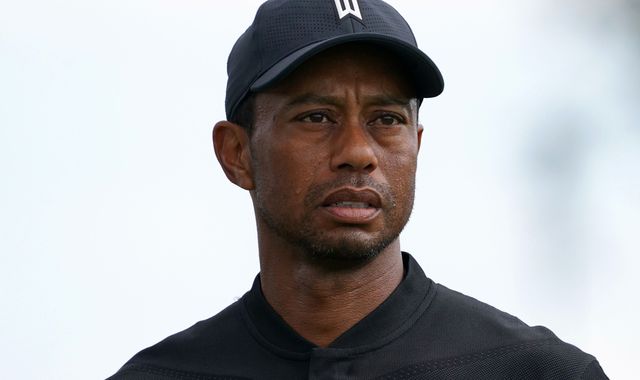 Tiger Woods described Winged Foot as one of the top three most difficult courses in major golf as he prepared for a tough examination of his skills at the US Open.

Woods missed the cut when the event was last held at the historic New York venue in 2006, although he was mourning the passing of his father Earl before bouncing back to win The Open at Royal Liverpool a month later.

Geoff Ogilvy made a clutch up-and-down for par on the troublesome 72nd hole to clinch his maiden major title on five-over par, the highest winning score in the US Open since Hale Irwin won his first on seven over in 1974, with that event infamously labelled "The Massacre at Winged Foot" due to the brutal set-up.

Woods is expecting another high-scoring championship this week, with penal rough and hard, fast greens set to test the all-round games of the best players in the world.

"I think Winged Foot is right up there next to Oakmont and Carnoustie as far as just sheer difficulty without even doing anything to the course," said Woods, who will play the first two rounds with Justin Thomas and PGA champion Collin Morikawa.

"I think those three golf courses, they can host major championships without ever needing to do anything to them. This one or Oakmont here is either one or two.

"I was able to come up here right before I played in Boston, take a look at the golf course, and I was able to get my sight lines. This golf course is going to be one of the more difficult ones. The winning scores here have never traditionally been very low, and I don't see that changing this week.

"The golf course is going to be hard. It depends on how difficult they want to set up these pins, give us a chance at it. But with the forecast, it's going to be difficult no matter what."

Woods is one of only 15 players in the field who also played in the 2006 edition at Winged Foot, but he dismissed suggestions that previous experience of the layout in tournament conditions would be an advantage.

"This golf course has changed a lot since then," he added. "Obviously the greens, they've all been redone, and most of the holes are a lot longer than when we played in '06, but technology has changed and the golf ball is going further.

"All the guys are hitting it further, so we're playing from about the same spots. It just seems like, with every green, you have to walk back a little bit further.

"It'll be interesting to see how much the USGA will cut the rough down and allow us to try and be a little bit more aggressive and get the ball up around the greens."

Woods has always enjoyed playing in front of the raucous New York galleries, and while he is more accepting of the current spectator ban, he admitted he will miss the extra atmosphere generated by the local fans.

"What we're dealing with right now is not what we all want, but it's our reality, and it's the energy that's just not quite the same without the fans.

"This area has some of the best golf courses on the planet, but also what makes coming up here and being a part of these events are the fans and the energy that this entire area brings. They love sports.

"It's a shame that we're not going to have that atmosphere out here this particular week, but obviously everyone will be watching and be supporting at home or wherever is the safest. It's not the same without the fan experience, but this is our reality for right now."

(c) Sky Sports 2020: US Open: Tiger Woods believes Winged Foot could be the toughest course in the world