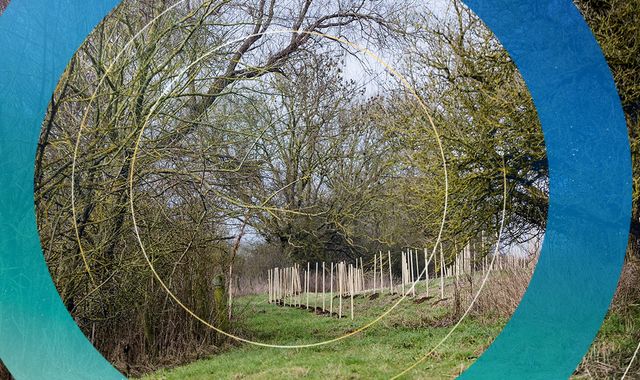 A scheme to plant 50 million trees in the north of England has been given almost £15m of funding by the government.

The Northern Forest will connect five community forests across the north of the country, creating a band of native broadleaf trees such a oaks, and conifers like spruce and pine.

Planting will span a 120-mile stretch along the M62 corridor between Liverpool and Hull, totalling 25,000 hectares of forest.

It will help another million trees go in the ground in the next year, according to the Woodland Trust which is leading the project.

Tracey Garrett, from the Woodland Trust, manages the Smithills Estate near Bolton where the Northern Forest first took root in 2018.

Since then three million trees have already been planted, 60,000 of them at Smithills.

She says the money invested by the government is being well spent.

"First of all they clean out air, they help stop flooding, they provide jobs, they create money in the local economy, and they are also a really important tool in the fight against climate change."

The Woodland Trust work in partnership with a number of community forests in the north - The Mersey Forest, City of Trees, White Rose Forest, and Heywoods.

Jessica Thompson, director at City of Trees, added: "We are entering a very significant phase in the delivery of the Northern Forest.

"This investment must not only provide the means to ensure our landscape is resilient to our changing climate, but also have a positive impact on people's lives in the north."

Subscribe to ClimateCast on Spotify, Apple Podcasts, or Spreaker

Trees have been lost to infrastructure and development projects, and a lack of tree-planting projects have meant few new woodlands are growing to replace them.