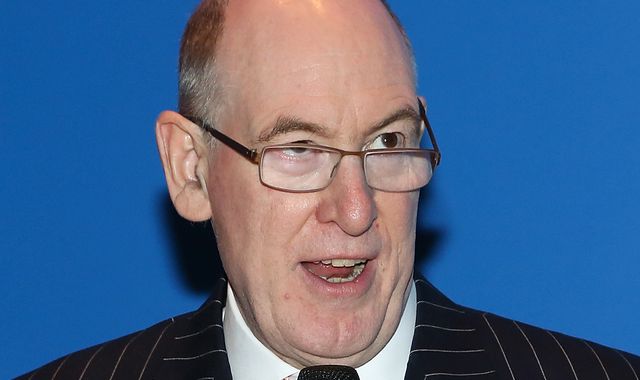 A veteran of WPP Group during Sir Martin Sorrell's three-decade reign will be reunited with his former boss this week when he joins the board of the marketing services magnate's new venture.

Sky News has learnt that Miles Young, who himself spent nearly 35 years at Ogilvy, one of WPP's largest subsidiaries, is to become a non-executive director at S4 Capital.

The appointment of Mr Young, who has spent the last four years as warden of New College at Oxford University, is expected to be announced to the London Stock Exchange on Tuesday morning.

It will be the latest example of Sir Martin's policy of recruiting selected executives with whom he helped build WPP into the world's largest advertising holding company by revenue, before his acrimonious departure just over two years ago.

Sources said that Mr Young's appointment would be announced alongside S4's latest deal - the acquisition of Lens10, an Australian digital strategy and analytics consulting firm.

Lens10 will - pending approval by Australia's Foreign Investment Review Board - be merged with MightyHive, an S4 division bought just over 18 months ago for $150m.

The deal will be the second announced by Sir Martin during the COVID-19 pandemic, underlining S4's confidence in the resilience of digitally led marketing communications during what is likely to be a turbulent period for the global economy.

Lens10, which has offices in Melbourne and Sydney, counts Australian Ballet and the National Rugby League among its clients.

It will join a fast-growing group which now employs more than 2,500 people in 30 countries, having raised hundreds of millions of pounds from blue-chip investors to fund its expansion.

Mr Young is a prominent figure in the advertising industry, particularly in London and across the Asia-Pacific region, where he spent more than a decade running Ogilvy - one of the best-known network brands in the industry.

His appointment to the S4 board comes almost exactly a year since the group hired Scott Spirit, another former senior WPP colleague of Sir Martin's, as its chief growth officer.

Since leaving WPP, which he effectively founded during the 1980s, Sir Martin has been a staunch critic of the company, wasting few opportunities to take public pot-shots at his successor, Mark Read.

His departure came in controversial circumstances, and sparked a barrage of legal salvos between the two parties.

One of their fractious exchanges centred on S4's purchase of MediaMonks, which Sir Martin outbid WPP to buy.

A threat by WPP to withhold part of Sir Martin's long-term compensation on the grounds that he had breached confidentiality obligations has since dissipated, however.

In pure size terms, the company remains a relative minnow by comparison with rivals such as WPP, Omnicom Group and Publicis Groupe.

However, Sir Martin has repeatedly stated the long-term benefits of extending S4's data, digital advertising content, data, analytics and programmatic capabilities as long as the financial terms of any acquisitions do not compromise the company's balance sheet.

Previous takeovers by S4 include Circus, an agency which counts Facebook, Google and Spotify as clients, Firewood, the largest marketing agency in Silicon Valley, and Delhi-based content business WhiteBalance.

Through that string of acquisitions and share sales undertaken to finance them, Sir Martin has already turned S4 into a £1bn-plus company - making it the industry's fastest-ever 'unicorn'.

Its shares are up more than 50% during the last year.

Sir Martin remains a shareholder in WPP, with a big chunk of his wealth tied up in the stock of the company he took from a manufacturer of shopping baskets in 1985 to bestriding the global advertising industry.

By the time he stepped down in April 2018, WPP was valued by the stock market at more than £16bn, although a series of client losses and accelerating shifts in spending among global advertisers away from traditional media have hurt its valuation.