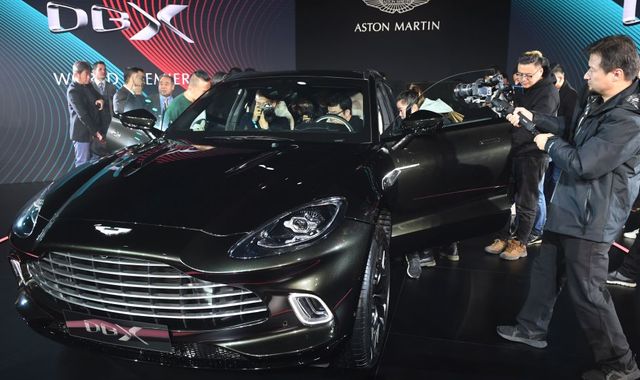 Aston Martin Lagonda says Mercedes is to own up to fifth of its shares under plans to turn around its fortunes.

The maker of James Bond's favourite car said it was to expand the investment partnership between the pair through greater access to the German company's hybrid and electric technology in exchange for a shareholding of up to 20% and a seat on its board.

Aston Martin has had a torrid time since a 2018 flotation as sales struggles forced it to seek new investment and resulted in chief executive Andy Palmer being shunted out in May as the coronavirus crisis added to its problems.

His replacement was the CEO of Mercedes-AMG, Tobias Moers.

The deal announced on Tuesday will see Mercedes gradually increase its stake through the creation of new shares.

Aston said it was to be the foundation of an updated turnaround plan which aims to deliver annual sales of 10,000 vehicles by 2024/25 and revenues of £2bn.

Aston reported an adjusted loss of £29m for the third quarter compared with profits of £43m for the same period last year as revenues almost halved to £124m.

It also revealed a proposed financing of £125m through the sale of new shares to further bolster its balance sheet alongside a bond issue that aimed to raise £840m.

His investment will see Aston Martin become a works Formula One team in the 2021 season through a rebrand of his Racing Point outfit.

He said on Tuesday: "This is a transformational moment for Aston Martin. It is the result of six months of enormous effort to position the company for success to capture the huge and exciting opportunity ahead of us.

"In those six months, since I became executive chairman, we have made significant progress.

"We have appointed a world-class leadership team with deep experience of this industry. We have aggressively and successfully de-stocked the dealer network to rebalance supply to demand.

"We have strengthened the financial resilience of the business and have taken decisive action on costs.

"We have also very successfully launched the DBX. I am extremely pleased with the progress to date and that we are ahead of plan on timing, despite operating in these most challenging of times."