Bushfires across Australia's most populous state have been contained for the first time in nearly six months.

Heavy rains helped firefighters and boosted some dam levels to their highest in nearly two years.

Australia has been battling hundreds of blazes since September in an unusually prolonged summer wildfire season that was fuelled by three years of drought, which experts have blamed on climate change.

Helped by storms that lashed Australia's east coast earlier this week, the New South Wales Rural Fire Service said 24 blazes remain alight across the state, though all of them are now under control.

"After what's been a truly devastating fire season for both firefighters and residents who suffered through so much this season, all fires are now contained in New South Wales, which is great news," Deputy Commissioner Rob Rogers said.

The current situation is a far cry from the peak of the crisis in early January, when NSW firefighters were battling almost 150 fires that produced a fire front about 3,700 miles (6,000km) long.

Blazes across the country have razed nearly 29.7 million acres of tinder-dry bushland, killing 33 people and an estimated one billion native animals since September.

The fires destroyed thousands of homes and prompted mass evacuations of both locals and tourists during Australia's peak summer holiday period.

As well as aiding firefighting efforts, the deluge of rains has boosted dam levels across New South Wales, which is home to more than seven million people.

Further rains are expected, with more than 50mm forecast to fall over the next five days. 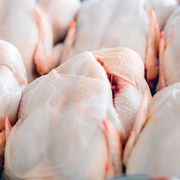