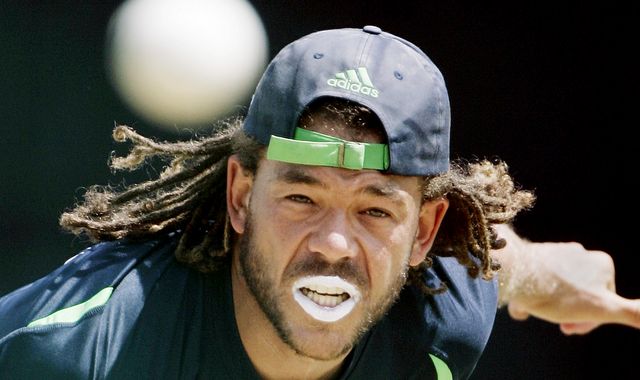 The cricket great was involved in a single-car crash on Saturday night in Hervey Range near Townsville in northeast Australia.

Queensland Police said in a statement: "Early information indicates, shortly after 11pm the car was being driven on Hervey Range Road, near Alice River Bridge when it left the roadway and rolled.

"Emergency services attempted to revive the 46-year-old driver and sole occupant, however, he died of his injuries.

"The Forensic Crash Unit is investigating."

Cricket Australia described Symonds as "a cult hero during the peak of his international playing career and one of the most skilled all-rounders Australian cricket has seen".

"The Queenslander was a larger-than-life figure who drew a widespread fan base during his peak years for not only his hard-hitting ways but his larrikin persona," it added.

Symonds played 26 test matches for Australia and posted two centuries, but he was better known as a limited-overs specialist.

After retiring as a player, Symonds became a commentator for cricket broadcasters.

The South Australian Cricket Association said its thoughts are with Symonds friends and family.

"How often you made us smile, Roy. You will be deeply missed," the organisation added.

"Countless memories of astonishing skill. Roy could do it all."

Former Australian cricket captain Ricky Ponting wrote: "If Roy shook your hand you had his word, that's the sort of bloke he was and that's why I always wanted him on my team.

"An extraordinary player and even better human being. Can't believe he's gone.

"Thoughts are with his family at this time."