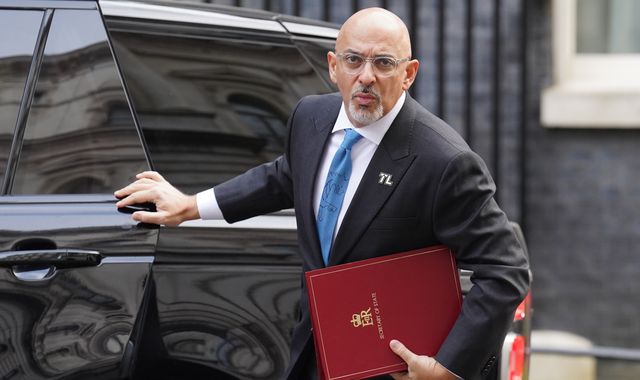 Britain should be "very proud" of its private school system, Education Secretary Nadhim Zahawi has said as he rejected a push for elite universities to increase state admissions.

Mr Zahawi said the country should not "tilt the system" to ensure more pupils from state schools attend establishments such as Oxford and Cambridge, and should instead focus on delivering "outstanding" education.

His comments come after Cambridge University vice-chancellor Professor Stephen Toope told private schools to accept they will get fewer students into Oxbridge in the future.

He explained that the university would be "welcoming others" rather than telling students from private schools "we don't want you".

However, in an interview with The Times, Mr Zahawi argued the government should be working to reduce the "attainment gap" between state and private sectors by creating more "high performing" schools.

"I think it should be based on merit and evidence. The thing to do is deliver great outcomes for all children, wherever they live, and especially our most disadvantaged children," he told the newspaper.

"You don't create a system that people feel is fair and equitable by in some way thinking that there is an easy fix. The best thing you can do is create schools in the state system that are as good as independent schools. Which we are.

"That's the right strategy. Not to say actually, let me just accept that we're not going to produce outstanding schools so let me just tilt the system away from children who are performing."

The 54-year-old, who attended King's College School, a leading private school in Wimbledon, south London, added that he wanted such establishments to become more involved with the state sector.

He gave the example of Eton College, which is opening three state sixth forms in Dudley, Middlesbrough and Oldham to assist pupils in getting a place at leading universities.

Earlier this month, universities minister Michelle Donelan pushed the importance of young people pursuing higher education and getting into the "very best universities".

"That's only part of the hurdle. It's about making sure they complete those courses," she said.

During his interview, the education secretary also discussed details of new guidance which aims to support transgender children in schools.

He said trans children should be allowed to wear the uniform of their choice, but that trans girl should not be allowed to join girls' sports teams competing in single-sex matches.