British Gymnastics: Amy Tinkler 'had no option but to quit' after no response to formal complaint 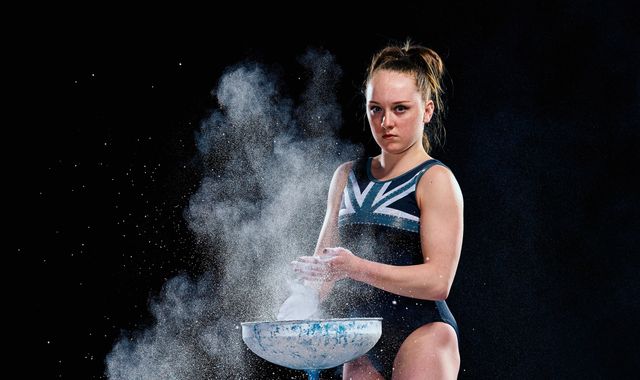 Olympic bronze medallist Amy Tinkler felt she had no option but to quit gymnastics due to her negative experiences in the sport.

Tinkler, who won floor bronze at the age of 16 in Rio in 2016, announced her retirement in January this year following three bouts of ankle surgery.

But she says her injuries had nothing to do with her decision, instead adding her voice to those who have criticised the bullying and abuse culture in the domestic sport.

Tinkler said in a statement: "I submitted a formal complaint to British Gymnastics in December 2019.

"It was an account of my experiences as a club and elite gymnast, and the experiences I shared were the reason for my retirement in January, not a physical injury as was suggested by some at the time."

Tinkler added she was "no closer to having any feedback or outcome" from British Gymnastics following her complaint.

She is the latest elite or former elite British gymnast to criticise the governing body, following a statement released by the Downie sisters, Becky and Ellie, last week.

Tinkler added: "I'm heartbroken by the stories that have been told over the past week.

"I'm so proud of my fellow gymnasts who have shared their stories, I know how hard it is, and your bravery has been a shining light and inspiration in dark and troubling times for the sport we love."

British Gymnastics told Sky Sports: "British Gymnastics received formal notification of a complaint from Amy Tinkler in December 2019 and she provided full details of this complaint to us on 10th March 2020 which then allowed the investigation to proceed.

"It is at an advanced stage and we have kept Amy Tinkler fully informed and provided her with the appropriate support and we will continue to do so.

"We can make no further comment at this stage in the process."

The organisation has announced the launch of an independent review into accusations of abuse in the sport, which will be conducted by Jane Mulcahy QC.

(c) Sky News 2020: British Gymnastics: Amy Tinkler 'had no option but to quit' after no response to formal complaint