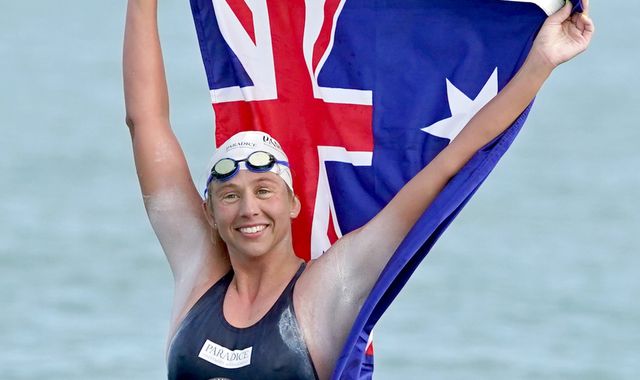 An Australian marathon swimmer has made history after crossing the Channel for a record 44th time.

Chloe McCardel arrived at the French coast after a gruelling 10-hour swim which sees her unofficially crowned "Queen of the English Channel".

Wrapped in an Australian flag, Ms McCardel said: "I've been waiting a long time to celebrate this swim."

She said she felt "really good" despite having battled breathing difficulties caused by a chest infection in the past several days, but admitted it had been a "really tough journey".

Ms McCardel added: "I'm so thankful, I've had so much support from people across the UK and Australia to get me through this last 12 years.

"So many people helped along the way to make my dreams come true, and hopefully I can inspire the next generation of open water swimmers and young people to go after their dreams."

Despite spending so many hours at sea, the athlete appeared not to be letting up as she approached Pointe de la Courte Dune.

Finally, walking ashore, she waved to her supporters on board the safety boat, which sounded its horn in celebration.

The Channel remains a tough swim as changing tides can add extra distance, while waves can reach more than 6ft (2m) high, while the waters host a stream of cargo ships and ferries.

Ms McCardel, who learnt to swim at the age of 11, described the Channel as her "spiritual home".

She has said that, by taking on the gruelling crossing so many times, she wanted to inspire girls and show that anything is possible.

Speaking ahead of the swim, she said: "I think sometimes women don't get recognised for their achievements as much as they should - to have female role models has been amazing for me and I really hope I can be that for other women and girls."

Ms McCardel made a non-stop triple crossing of the Channel in 2015, which took almost 37 hours.

She also holds the world record for the longest unassisted ocean swim at 77 miles (123km), from South Eleuthera Island to Nassau in the Bahamas. 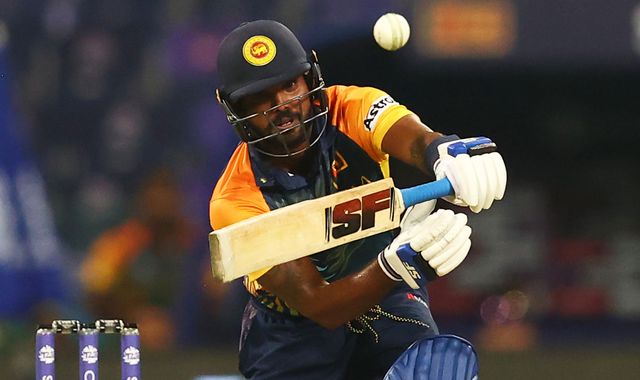