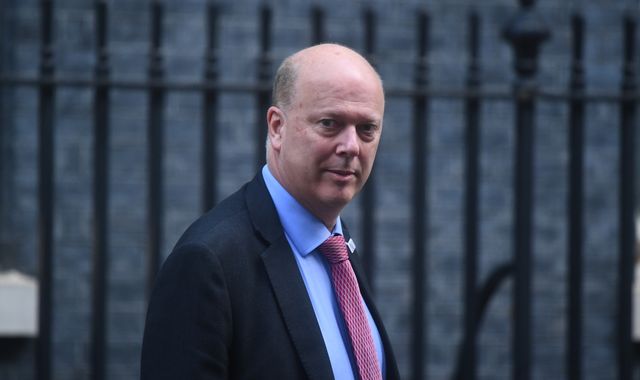 Chris Grayling, Downing Street's pick to chair the prestigious intelligence and security committee, has been usurped by another Tory candidate.

The former transport secretary, nicknamed "Failing Grayling" for presiding over a series of government mishaps, had been tipped by Number 10 to get the top watchdog job.

Prime Minister Boris Johnson likely assumed given the Tory-majority on the committee, his nominee would be elected by the members.

But Dr Julian Lewis, a Conservative MP and former chair of the defence select committee, surprised Westminster-watchers by putting himself forward.

With the contest split, he and the opposition Labour and SNP members voted that he become chair of the body that holds Britain's security agencies to account, as he secured a majority.

Dr Lewis' first job will be overseeing publication of the Russia report into alleged election meddling, which critics have accused the government of sitting on for nine months.

Former chair Dominic Grieve said the report had been sent to Downing Street on 17 October and was ready for publication once it had been signed off, a process that usually takes up to 10 days.

But it was not released by Prime Minister Boris Johnson before December's general election, at which point the former members of the committee relinquished their roles.

It has since taken almost seven months for Downing Street to nominate its new committee members and so allow for the report to be published.

The Liberal Democrats are now calling for the report to be released before parliament breaks up for the summer next Wednesday.

"We have seen Boris Johnson drive a coach and horses through public trust by appointing yes-men to the intelligence committee," foreign affairs spokesperson Alistair Carmichael said.

"True to form, however, Failing Grayling has been undone in his bid to be chair. I hope we now have a committee with real teeth that can hold this government to account.

"That starts by publishing the report into Russian interference of our democracy before the summer recess so MPs can scrutinise it fully."

Sky News understands the committee will meet on Thursday and is expected to agree next week on when to publish the Russia report.

One parliamentary source was not surprised Mr Grayling failed to orchestrate the votes for a coronation.

"Someone lays out a red carpet for you and you manage somehow to trip over it and set it on fire," they told Sky News.

Analysis: New chair will go down well with armed forces

Julian Lewis is a Russia hawk and no pushover for the government, writes Sky News' foreign affairs editor Deborah Haynes.

His victory to chair the committee raises the prospect of the long-awaited Russia report being released.

Dr Lewis' election will also go down well with the armed forces.

He is a supporter of a strong military and has consistently pushed the government to increase defence spending.

His views of President Bashar al-Assad and the Syria conflict, however, have long contrasted with official UK policy.

Dr Lewis has cautioned against backing rebels with links to extremist ideology in their fight against the Assad regime.