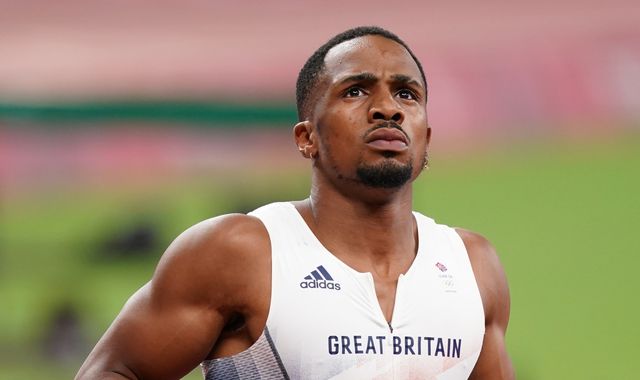 The athlete won silver in Tokyo with the 4x100m relay team of Zharnel Hughes, Richard Kilty and Nethaneel Mitchell-Blake - each of them could lose their Olympic medals.

Ujah will face a hearing at the Court of Arbitration for Sport's Anti-Doping Division to give the athlete a chance to respond to the results.

The International Testing Agency confirmed that the B sample analysis was carried out after the athlete had requested the second test.

Ujah's first sample, taken after competing in Tokyo, was found to have two prohibited muscle building substances known as Ostarine and S-23.

The competition rules are clear on the sanctions Ujah and his relay team could face: "Where the athlete who has committed an Anti-Doping Rule Violation competed as a member of a relay team, the relay team shall be automatically disqualified from the event in question, with all resulting consequences for the relay team, including the forfeiture of all titles, awards, medals, points and prize and appearance money."

In a statement last month, the 27-year-old sprinter from London said he was "shocked and devastated" by the announcement.

He said: "To be absolutely clear, I am not a cheat and I have never and would never knowingly take a banned substance.

"I love my sport and I know my responsibilities both as an athlete and as a team-mate."

Once the Court of Arbitration for Sport in Switzerland has ruled on the case the Athletics Integrity Unit will decide if further sanctions are required.