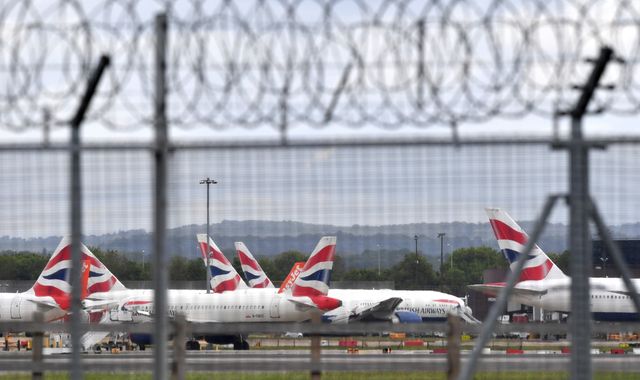 British Airways pilots have voted to accept a deal that will include job losses and pay cuts to avoid a larger number of redundancies, their union has announced.

The British Airline Pilots Association (Balpa) said there will be around 270 compulsory redundancies and temporary pay cuts starting at 20% and reducing to 8% over two years.

In the longer term, the pay will return to normal levels.

The aviation industry is in a desperate situation as the COVID-19 pandemic has halted many flights, causing the collapse of some carriers, state bailouts and tens of thousands of redundancies.

BA has proposed 12,000 redundancies, including 1,255 pilot job losses, and also threatened to fire and rehire the remaining pilots on worse conditions.

Balpa said 85% of its members had voted for the new deal it negotiated with BA.

"Our members have made a pragmatic decision in the circumstances, but the fact that we were unable to persuade BA to avoid all compulsory redundancies is bitterly disappointing," said Balpa general secretary Brian Strutton.

Chief executive of British Airways' owner IAG, Willie Walsh, has defended cutbacks to the airline and warned the challenges posed by the coronavirus pandemic are "going to involve pain for everybody".

"I recognise it is a serious blow. This is a really worrying time for everybody," he told Sky News' Ian King Live programme.

"It's not just about cabin crew, it's about everybody in the airline and we want to make sure we can get back to flying our customers, doing what we do best, as quickly as we can, but doing it in a way that will guarantee our future."

He added: "Anyone who argues that this is opportunism, or that we don't need to do this or this can be addressed through temporary measures seriously underestimates the scale of the challenge that the industry is facing.

"We need to take action, not just to survive through this crisis but to make sure we can secure the maximum number of jobs possible in the business going forward."

A BA spokesperson said the airline faces an "enormous challenge" as it contends with the coronavirus crisis.

"We do not expect our company to return to 2019 levels of business until at least 2023 and therefore we need to act now to reshape our company for a very different future," they said. 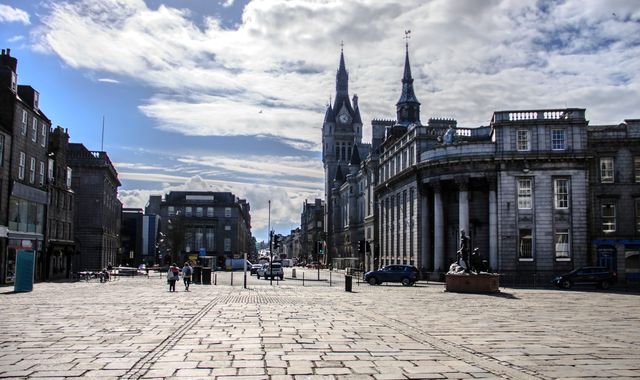