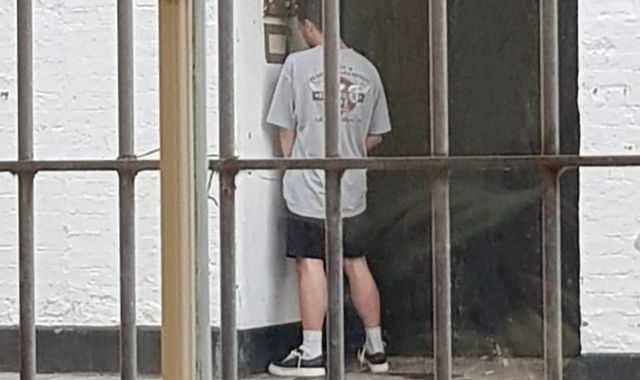 Urination, defecation and vomiting are now a regular sight outside of Souleymane Diarra's front door in east London.

He and his family live next to London Fields. Since lockdown restrictions have eased, thousands regularly descend on the park.

Far more than the public toilets can cope with and, after a few drinks, most people are unwilling to queue.

"You have to guard your building as if you're in a war zone," says Mr Diarra.

"They'll do it anywhere, between the cars parked, anywhere they can find basically.

"On a weekend, when its sunny and there is a long queue for the public toilet, people just come around the corner urinating on your doorstep.

"We've tried shouting, it doesn't bother them at all…they just stand there ignoring us. On the other side of the park people have thrown water at them, it's a nightmare."

Extra park security who can issue £150 fines has made little difference.

Mr Diarra said: "They say 'we'll do our best to help you guys but we're outnumbered as well'."

Since lockdown restrictions have been eased, but with entertainment venues and therefore their toilets closed, at beaches and parks up and down the country "fly-peeing", as it's been dubbed, has massively increased.

Part of the major incident that was declared along beaches in Bournemouth last week included reports of people defecating into cardboard boxes on the sand, as well as in people's front gardens.

Raymond Martin from the British Toilet Association isn't surprised. He said: "It's kind of inevitable that these things will happen if people are outside and they can't go into buildings…but it's not something that should happen in the UK in 2020."

Even with pubs, restaurants and cafes in England opening from this Saturday, he isn't convinced the problem will go away.

Particularly given government plans to temporarily change licensing laws so that more venues will be serving food and drink outside.

He added: "If people are consuming alcohol and eating al fresco, they're going to still need the toilet. They will find a bush, they will find an alleyway and unfortunately this COVID virus lives in faeces, it lives in urine, so it's going to be a major problem."

Government investment in public loos is long overdue, according to Mr Martin, who says it'll require spending more than a penny to ensure they can cope.

"Now all of a sudden we've realised that hygiene is one the most important things in our lives. The government really has to play a major role in this, it has to step in and help councils," he added.