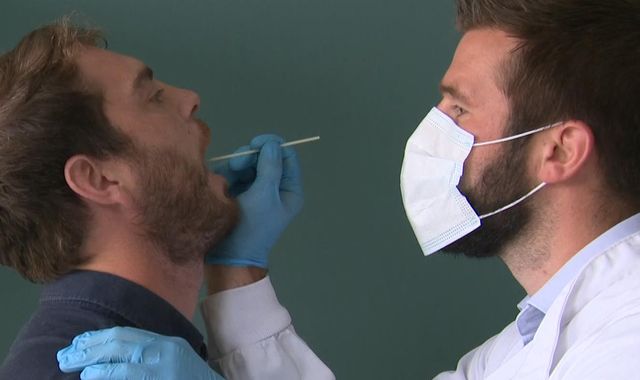 The UK's coronavirus testing system - for so long a source of embarrassment for ministers - could get a major boost with millions of new fast turnaround tests, Boris Johnson has said.

The prime minister told a news conference on Friday the country is developing the capacity to manufacture millions of the tests, some of which could give results from saliva samples in just 15 minutes.

Mr Johnson said: "Scientists and companies in Britain and around the world have been developing new tests which are faster, simpler and cheaper.

"Though there is work to do, it is becoming clear over the past few weeks that some of these new tests are highly effective and can help us save lives and jobs over the winter.

"We've already bought millions of these tests, some of which are very simple, meaning you simply need to wipe the swab inside your mouth and can give a result as quickly as in 15 minutes," he added.

"We've started building the infrastructure for domestic manufacture of these tests, ensuring that Britain has the ability to produce millions of fast tests here.

"Over the next few weeks we will start distributing and trialling these tests across the country," he said, adding that some of the fast tests are already being used in hospitals.

They would, he said, help to save lives and prevent the spread of the illness among medical workers, care homes and those working in education.

Test and Trace has been one of the most widely criticised aspects of the government's handling of the COVID-19 pandemic.

From the start, there was controversy over the numbers of people being tested, with Health Secretary Matt Hancock promising 100,000 per day by the end of April.

That target was hit, but it emerged some of them were tests that had been posted or delivered to people's homes in its figures, rather than completed.

In July, Whitehall admitted that there was significant double-counting in early testing statistics, saying the total number of cases in the UK was 30,000 fewer than its original data claimed.

That was one of several instances where numbers were taken away from, or added to, published figures.

In its early months, both the testing system and the data produced by it were simply "not fit for purpose", a senior official told Sky News.

Further criticism was aimed at ministers over the Test and Trace mobile phone app, which has had several teething problems.

Initially, the government opted to build its own before scrapping it and following the route taken by countries such as Ireland, Germany, and Italy by using technology from Apple and Google.

It was eventually launched last month, six months after the UK went into lockdown.

On Thursday, Sky News revealed that the government has been paying a five-person team of management consultants £25,000 a day to work on that part of the system.

Mr Johnson said he had advised that areas of the UK at "very high" alert levels should be "immediately prioritised" for fast turnaround tests, but warned that a "cautious" approach should be taken to the new technology.

"In time we want to use tests to keep open more parts of the economy that have sadly been closed but it is crucial that we make sure such systems work safely," he said.

"I must level with you that it will take time to get this right before many organisations can buy and operate these tests themselves." 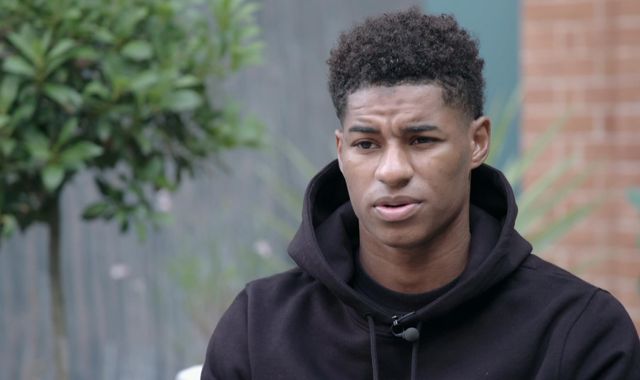