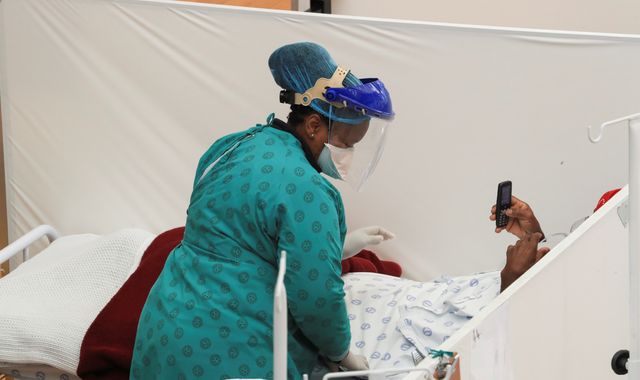 South Africa has confirmed more than 500,000 coronavirus cases, as the number of infections in the African continent climbs towards one million.

The country reported a daily rise of 10,107 new COVID-19 infections.

This brings the total to 503,290 - the fifth-highest worldwide, behind the US, Brazil, India and Russia, according to Johns Hopkins University in the US.

Denis Chopera, a virologist based in Durban, said: "Half a million is a significant milestone, because it shows we've entered a stage of rapid increases. We may reach one million cases very quickly."

Many experts think South Africa could reach the peak in cases in late August or early September.

Mr Chopera added: "What we know for sure is that the figures are an underestimate and that this virus will be with us for a long time to come."

Just over three million of South Africa's 58 million people have been tested since the country's first case was confirmed five months ago.

Gauteng, which includes South Africa's largest city Johannesburg and its administrative capital Pretoria, is the current epicentre of the virus.

But Mr Chopera said provinces such as Eastern Cape and KwaZulu-Natal could fare badly with a big increase in cases, as their health systems are less prepared.

"They may have serious problems," he said.

South Africa went into lockdown at the end of March but many restrictions have been eased to limit the effect on the country's economy, which was already in recession before the virus hit.

The unemployment rate is about 30%.

Social distancing was often impossible in South Africa's tightly-packed urban areas and there are fears the same problems could see a rapid rise in cases across the continent, where large parts of the population live in similarly-crowded conditions.

South Africa's president Cyril Ramaphosa said: "The lockdown succeeded in delaying the spread of the virus by more than two months, preventing a sudden and uncontrolled increase in infections in late March."

Meanwhile, India recorded its steepest spike of 57,118 new cases reported in the past 24 hours, taking its total coronavirus cases close to 1.7 million, with July alone accounting for nearly 1.1 million infections.

Also, Mexico has passed the UK to have the third-highest number of deaths from the virus, 47,472, behind the US and Brazil.

Kerala plane crash: At least 14 dead and several injured as aircraft 'splits in two' at airport 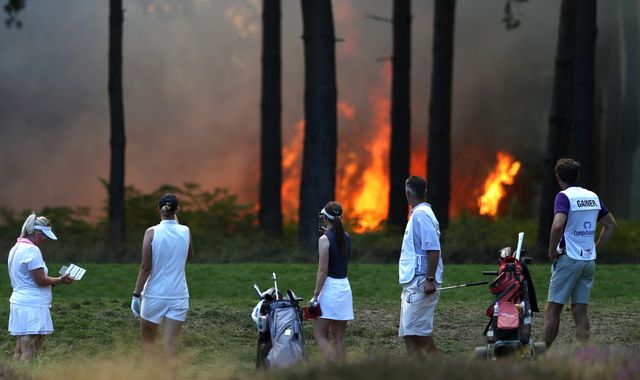