Coronavirus: Schools may close again due to lack of tests, headteacher warns 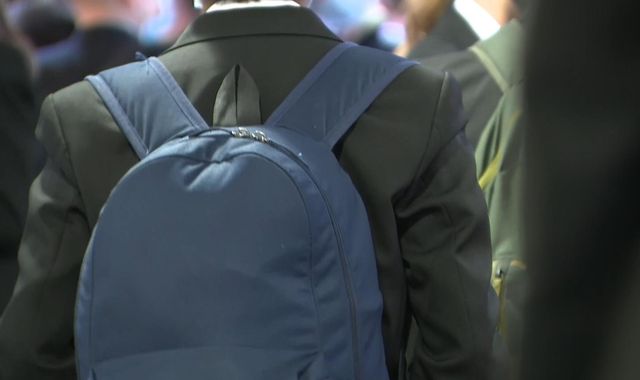 Schools could be forced to close partially or fully because of a lack of coronavirus tests for staff with symptoms, a headteacher has warned.

Darren Gelder, of Grace Academy in Solihull, told Sky News his school is already feeling the strain - despite having no confirmed cases of the virus - because five staff members are having to isolate or have family members who are isolating.

"The biggest challenge that we're going to have to keeping the school open is going to be about keeping it staffed and staff shortages will have the biggest impact on that," he said.

"Particularly the challenge we've got around the testing - of not being able to know whether it is positive or not and staff can come back in. That means staff are off for longer.

"All schools these days are working on very, very tight budgets. There is not a lot of spare staffing within there so we reach a critical tipping point very, very quickly."

He says one of his staff who is isolating was offered a test in Fife, over 350 miles away. The others have been unable to book anything.

It means they have to isolate for 14 days. If they were able to take a test and find they do not have the virus they could return to work immediately.

The Department for Education says 99.9% of schools opened at the start of term.

But their figures show 8% of state funded schools were partially closed.

Like hundreds of schools across the country, Coleshill Heath Primary School has had to ask some pupils to isolate after a confirmed case of COVID-19.

"I haven't sent her for two days," she said. "I said she's not going to school but then I got told I was going to get fined."

Patrick Roach, general secretary of the teaching union NASUWT, told Sky News the government could do more to reiterate the guidance to parents about when it's safe to be in school.

"The main issue is to ensure the capacity is there. If you're displaying symptoms of COVID you can get a test, and get a test quickly."

The government insisted it is working closely with all schools that are not fully open to ensure remote education is in place for the children who are unable to attend in person, and to ensure schools are only sending those home to self-isolate who have had close contact with a confirmed case of coronavirus.

And it added that from Wednesday, schools will be able to order more home testing kits for teachers who cannot get to testing centres.