Duchess of Cornwall: Camilla gives one of her strongest speeches on sexual violence 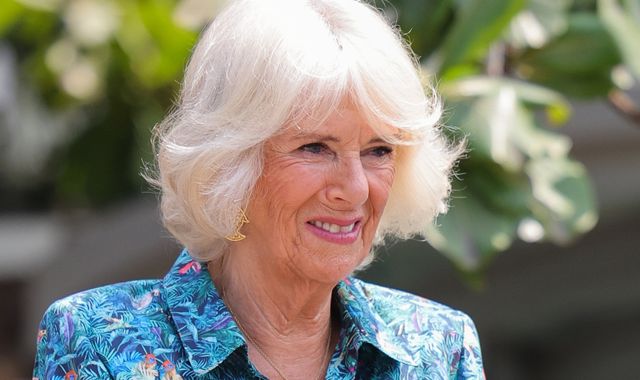 The Duchess of Cornwall has called for action and "solutions" from Commonwealth nations in one of her strongest speeches to date on sexual violence against women, telling member states they must "remember that we are seeking rights, not favours".

In a major speech at the Commonwealth Heads of Government meeting in Rwanda, where she is accompanying the Prince of Wales, she referenced a message posted by Rwanda's president as she called for greater rights for women.

"On International Women's Day earlier this year, I was profoundly touched by President Kagame's powerful message on social media, which read, 'equality is a right, not a favour'.

"So let us bear His Excellency's words in mind as we focus on violence in the home against women and girls today and remember that we are seeking rights, not favours."

Unexpectedly, Camilla also referred to the Queen as "my mother-in-law" as she quoted a previous speech made by the monarch to mark her 21st birthday.

Possibly hinting at how much still needs to change after more than seven decades, she said: "I should like to close by quoting from a speech given 75 years ago by my mother-in-law, the Queen, in Cape Town.

"As we work together, let us be inspired by Her Majesty's words, her example and her deep love for the Commonwealth, which, in 2009, Rwanda joined as a new partner and friend.

"'If we all go forward together with an unwavering faith, a high courage, and a quiet heart, we shall be able to make of this ancient Commonwealth, which we all love so dearly, an even grander thing - more free, more prosperous, more happy and a more powerful influence for good in the world'."

Domestic violence and sexual violence against women has become a cornerstone of the duchess's official royal work.

Emphasising the ongoing need to raise awareness, she talked about how globally nearly one in three women have been abused in their lifetime and explained how across the Commonwealth calls to domestic violence helplines have increased by up to 500% over the past two years during the COVID-19 pandemic.

Naming examples of women killed around the world, including Joanna Simpson who was beaten to death by her husband while their two small children were in the next room and then buried by him on the Queen's Windsor estate, she called for action now.

"We are gathered here with one purpose - to find solutions," she said.

"It is surely significant that every single member state has unanimously agreed to support the 'Commonwealth says no more' campaign."

Carrie Johnson in the audience

Carrie Johnson, the prime minister's wife was in the audience.

Mrs Johnson also attended another event with the Duchess of Cornwall in October last year that focused on the issue.

Three years ago Mrs Johnson waived her right to anonymity to reveal that she had been a victim of 'black cab rapist' John Worboys, thought to be Britain's most prolific sex attacker.

In a recent interview with Vogue magazine the Duchess of Cornwall talked about committing herself to the cause for the long term, even when she becomes Queen consort.

In her speech she reaffirmed that message, talking about meeting a survivor of the 1994 genocide on the first day of their trip to Rwanda.

She said: "He described, with gentleness and humility, how we all have a personal responsibility to fight the discrimination and ideologies that lead to the destruction of others.

"It is in that same spirit of encouraging personal responsibility that I wish to speak today about a different evil that has led to the death of many thousands: violence against women and girls."

Addressing a Women of the World event in October last year, Camilla condemned the way society has come to believe that "violence against women is normal", asking: "How many more women must be harassed, raped or murdered?"

The increasingly powerful language of her speeches seems to suggest a growing confidence from the duchess, and desire to make sure she uses her position to make a difference.

The Queen writing in her Accession Day message that Camilla should be Queen consort in the future was important public endorsement from the monarch, as well as the duchess appearing so prominently alongside the Prince of Wales at the Platinum Jubilee celebrations.

(c) Sky News 2022: Duchess of Cornwall: Camilla gives one of her strongest speeches on sexual violence