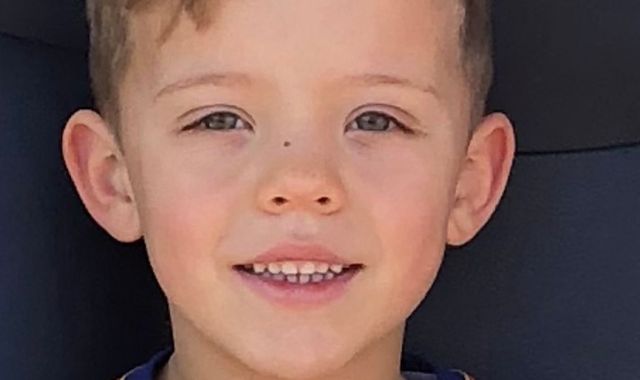 A pub owner has been jailed for nine years for the manslaughter of a seven-year-old boy who was electrocuted while playing in a beer garden.

In September 2018, Harvey Tyrrell suffered a fatal shock when he touched poorly installed outdoor lights as he played in the garden at the King Harold in Romford, east London.

Judge Martyn Zeidman QC said: "This pub was a disgrace. And... in my view, a timebomb waiting to go off."

The electrician who installed the lighting, Colin Naylor, was found guilty of failing to discharge a duty under the Health and Safety at Work Act following a trial.

The 74-year-old, who is Bearman's brother-in-law, was sentenced to a year in jail.

In February, Naylor was acquitted of gross negligence manslaughter.

Sentencing the pair on Thursday, the judge said: "I have no doubt that both of you were aware of the danger and each of you, for your own slightly different reasons, chose to do nothing about it.

"And now of course, it all ends in tears. In a sentence, Harvey's death is a tragedy, and it is one that must never be allowed to be forgotten."

Addressing Bearman, he said: "You gambled with the lives of your customers, putting money over safety."

He added: "I regard this as a bad case and one in which you put your love of money over the safety of your clientele.

"The evidence drives me to the conclusion that you adopted throughout a bombastic, arrogant and dangerous attitude."

The judge told Naylor: "You were aware of the risk of death but chose to turn a blind eye to it."

Harvey's parents, Lewis Tyrrell and Danielle Jones - who have had another son since Harvey's death - sat in the public gallery as the sentences were handed down.

Ms Jones smiled and then cried before embracing Mr Tyrrell, as Bearman and Naylor were taken down to the cells.

She had earlier cried in the witness box as she read two victim impact statements about losing her "perfect seven-year-old" who "would have been 10 in a few days' time".

She added: "Words can't describe how much we miss our larger-then-life, cheeky, happy, loving son. Our lives will never be the same.

"We have been cheated of so much. He should still be here. He should be growing into a spoilt, bratty teenager, giving us grief."

Mr Tyrrell said in a statement he was "incredibly proud" to have been a father to Harvey, who he called "Harvey chops".

Naylor's trial was told that he installed the lights in question in June 2018 and carried out various work at the premises over 48 days between 9 April and 27 June.

Former electrician Bearman, who suffered an electric shock in the pub's basement in May 2018, leased the business from Punch Taverns from 2006 before buying the freehold for £900,000 in 2010.

Jurors were told that environmental health inspectors had identified "numerous electrical defects" in 2009.

The lights had significant defects, the court heard, including a lack of appropriate insulation to prevent water getting in, and no earthing at the distribution board from which the circuit was powered.

An investigation into Harvey's death found 12 defects that posed a risk of injury including electric shock, as well as 32 potentially dangerous defects, with one expert describing it as "the most dangerous thing he's ever seen in 40 years".

Neil Fitzgibbon, for Bearman, said his client accepted "full responsibility" for Harvey's death. He added Bearman was close friends with Harvey's parents and considered the boy a relative.

He said: "He is a broken man, consumed with guilt about what happened...

"No sentence can undo the wrong he has caused or diminish the guilt he feels and, through me, he apologises from the bottom of his heart for the grief that he has caused all of Harvey's family."

Bearman has also admitted a charge of abstracting electricity, after an unlawful unmetered supply was used to steal energy for the pub, but received no extra sentence.