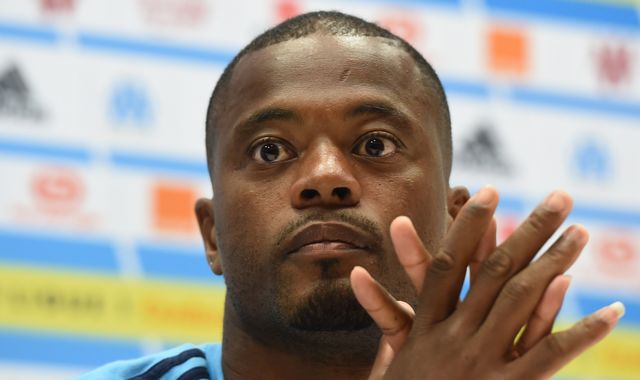 Former Manchester United defender, Patrice Evra fears racism in English football "will always be there" without changes to education.

The French left-back who's retired from professional football is worried the situation of racial discrimination in the sport is "worse than ever before".

In an exclusive interview with Sky News, Evra spoke of his pain and sadness after seeing the abuse England players, Marcus Rashford, Jadon Sancho and Bukayo Saka received after the Euros final against Italy.

"It was painful to watch, I feel it's disgusting, I wasn't surprised though. The racists have to be ashamed of themselves, they've brought so much shame on the country of England.

"These people who make time to send abusive messages or writing racial abuse on the Rashford wall they need to get a life. It's just crazy."

It only took a matter of minutes after England's heartbreaking defeat to remind us of the ugly side of football.

Whilst many came out to condemn the racist abuse the players received after missing penalties, Patrice Evra who's been at the receiving end of racism on and off the pitch believes this kind of discrimination in English football is much worse now than when he was playing over a decade ago. He says it's down to the increased use of social media.

"The platforms need to do something more than what they are doing right now.

"They can delay comments, they can block people when there's COVID related news straightaway they flag it, when it's about nudity they can ban it straight away. So don't tell me they can't do anything about racism.

He said he would like to see more investment in educating fans about racism in the game and the impact it has on players and wider society.

But whilst Evra is optimistic and hopeful of change he fears such discrimination will plague this much-loved sport forever.

"It (racism) will always be in football if we don't do something. It's been here for many years and we know we need to change, that's why education is really important."

"This is not just in England, it's everywhere, in every single country."

Whilst Patrice Evra acknowledged and supported the work that had been carried out to tackle racism in the game he loves, he feels gestures like 'taking the knee' and the social media 'blackout' aren't enough.

"We tried some campaigns, but it's not enough. Boris Johnson fining people or banning them from games is not enough. I think we need to do something seriously because what we've done and are doing right now, it doesn't work at all."

Patrice Evra wanted to use his experience of racist abuse and being a footballer at the highest level to offer advice and support to the three England players. He said: "If they give up, I'm going to where they live and kick their butts, and I say this politely.

"I say to them, that this is when I want to see your best football. You don't need to speak out, tell your team not to involve you in too much politics and just focus on your job - playing football."