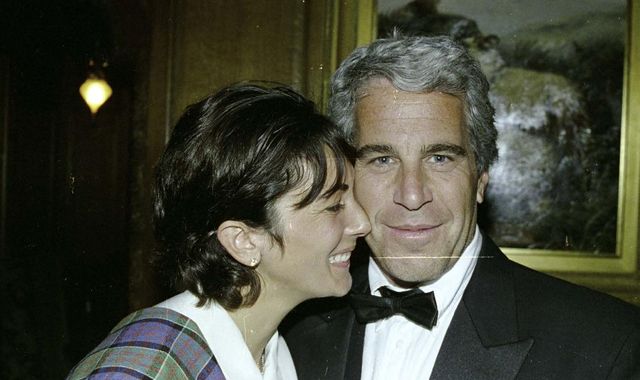 Ghislaine Maxwell will be sentenced at the end of June, after being convicted of recruiting teenage girls for Jeffrey Epstein to abuse.

US district judge Alison Nathan announced 28 June as the date of sentencing, even as she waits to resolve claims from Maxwell's defence team that a new trial should be ordered.

It comes after a juror - who has never been fully publicly identified - admitted he told other jurors he was sexually abused as a child and used his experiences to persuade others to convict Maxwell.

Her lawyers claim these revelations warrant a new trial.

Maxwell, 60, was convicted following the month-long trial, in which prosecutors maintained she recruited and groomed teenage girls for disgraced billionaire Epstein to abuse between 1994 and 2004.

She once had a romantic relationship with the paedophile - who took his own life in 2019 while in jail awaiting trial for sex trafficking - and later became his employee.

Maxwell's defence argue she was made a scapegoat following his death.

It comes as the woman who accused Prince Andrew of sexual assault has said she will "continue to expose the truth" and thanked the judge who rejected the royal's attempts to have her lawsuit thrown out.

Virginia Giuffre alleges she was trafficked by Epstein and Maxwell to have sex with Andrew when she was 17.

How Ghislaine Maxwell lured girls to be abused

The pictures of Maxwell and Epstein shown in court

The Duke of York - who vehemently denies her claims - will face a civil sex case trial later this year.

However, he will do as a "private citizen" after he was formally stripped of his royal and military titles by the Queen.

(c) Sky News 2022: Ghislaine Maxwell to be sentenced end of June as defence continues to call for re-trial