Goldman's arrival builds on renewed sense of optimism in Birmingham 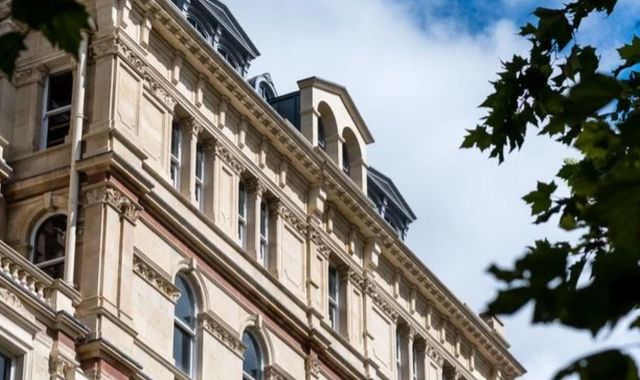 Think about Goldman Sachs and you probably think about Wall Street or the City of London, where the banking giant is one of the biggest employers and most influential players.

You might not necessarily have associated it, however, with Birmingham. Until now.

The bank announced in April this year that it planned to open an office in the UK's second largest city and, this week, formally delivered on that promise.

It is now occupying a floor at a WeWork office in a Grade II listed building on Birmingham's smart Colmore Row, traditionally the heart of the city's business quarter, with an option to take further space. Eventually, as the operation scales up, Goldman expects to find a permanent home in the city.

Heading the operation is Gurjit Jagpal, whose 25-year career at Goldman has taken him to New York and Singapore, but who now finds himself back in the city where he grew up and where his parents still live.

Most recently he has been working as a managing director at Goldman Sachs Accelerate, the bank's incubator arm, which seeks to develop new products and services.

That will be a key part of what the Birmingham office will be doing but there will also be other job functions based there, including legal, audit and human resources.

Goldman considered 10 cities across the UK for the new office, but settled on Birmingham for a number of reasons, according to Richard Gnodde, chief executive of Goldman Sachs International, which encompasses the bank's non-US operations.

He told Sky News: "This is all about talent for us. We wanted to diversify our talent away from London in the UK, we looked up and down the country, and talent was the main focus - where can you find a deep, diverse talent pool - and Birmingham has it.

"The universities here are great, there are many engineering companies here, there are financial institutions here, so we're confident we can build a strong workforce."

That message is backed up by huge digital advertisements which no recent visitors to Birmingham New Street station will have missed. They read 'We're here because you're here' and follow that up with 'Goldman Sachs. We're Hiring'.

So successful has the recruitment drive in the city been, though, that the Birmingham office already has the number of employees it was targeting for the end of the year - 70 new recruits and 30 existing employees who have relocated from London.

Mr Gnodde said: "We seeded the office with 30 existing Goldman employees, just to make sure that we got off on the right foot from a cultural point of view, making sure the business and the operation stayed connected [to London], and we've hired close on 70 externally, so we're around 100 now and we'll look to continue to grow it.

"In the short term, we'll probably get to a couple of hundred and then we'll see where it goes from there, there's no cap on how big this could become. It really depends on how it evolves, what skills we build here - and it won't just be a UK operation, necessarily.

"The real potential will be if this can become a centre of excellence for certain global functions, then the scale can be quite significant."

Mr Gnodde said engineering talent would be important to the success of the operation.

He went on: "We work in an industry in which quant skills are at a premium, building trading platforms, systems, are really, really important. If you look at the traditional companies in this part of the country they have a strong engineering base - which is one of the things that encouraged us to come here."

Other attractions of Birmingham for Goldman include the high concentration of people in and around the city working in digital businesses and the fact that Birmingham has one of the youngest and most diverse populations in the UK.

That was certainly evident at the reception held last night in Birmingham's Grand Hotel where local business people and some of the new Goldman employees mingled over champagne and canapes. The composition of the audience was notably younger, more female and very markedly less white than typical business gatherings.

Addressing the guests was a delighted Andy Street, Mayor of the West Midlands, whose team was instrumental in wooing Goldman.

Pointing out that Goldman would be joining other big names such as HSBC UK and Deutsche Bank - which employs more than 1,500 people in the city - in Birmingham, Mr Street said professional and financial services now accounted for 35% of local GDP. Of that, he added, 60% of that activity was billed internationally - making the sector a major export earner.

Mr Street told Sky News: "It's just a remarkable story for us because in a sense they [Goldman] are the poster child of the financial services sector. There was a competition for where this base would be put and it's an incredible vote of confidence for the city and the region."

He said that, with the growing strength of the fintech sector locally, Birmingham was building a strong financial services cluster. But he stressed the region remained proud of its heritage and continued strength in engineering and said he was confident that at least one of the planned UK giga-factories to build batteries for electric vehicles would be based in the West Midlands. He said Coventry was the location he hoped would be chosen.

It adds up to a promising outlook for a region which was, according to the Office for National Statistics, the part of the UK that suffered the biggest hit to its economy during the pandemic.

During the second quarter of 2020, at the height of the lockdown, the economy in England shrank by 19%, but the West Midlands, which includes Birmingham, Wolverhampton and Coventry, saw its economy contract by 24.7%.

But there is a renewed sense of optimism discernible in Birmingham and nowhere more so than in the Grand Hotel itself.

The 141-year old building had been abandoned and in a state of disrepair since closing in 2002 but, following a £45m investment, reopened in May this year and is now being operated by the hotels giant Starwood.

Mr Street said: "This is an iconic building for every Brummie - most of us of a certain age will have attended an event, or a family gathering, here at some point in the past. It's a symbol of our city and region's revival."