Harry Vaughan: Neo-Nazi, 18, to be sentenced over terror charges 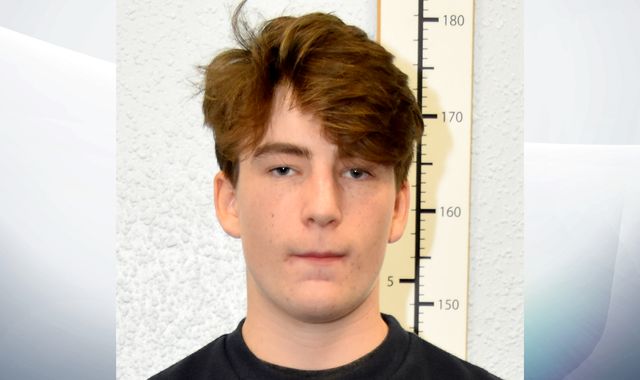 An A-star grammar school student fell down "the rabbit hole of the internet" and became a neo-Nazi and interested in Satanism, a court has been told.

Harry Vaughan, 18, pleaded guilty in September to 14 terror charges and two counts of possessing images of child sex abuse. He faces sentencing at the Old Bailey next week.

Commander Richard Smith, the head of the Metropolitan Police's Counter Terrorism Command, said that Mr Vaughan's case "illustrates it is possible for any young person to be susceptible to radicalisation".

"Harry Vaughan is an intelligent young man who was predicted A-star grades and aspiring to study computing at university," he said.

"Yet, online, he was an enthusiastic participant of right-wing terrorist forums."

He added: "If you have any concerns at all, act decisively - talk to the police before it's too late."

Vaughan's barrister, Naeem Mian QC, said the teenager was "articulate and intelligent" and "had every advantage that could've been afforded to him", adding that his parents had been left bewildered when their son was arrested.

"He is somebody who has disappeared down a rabbit hole, a rabbit hole of the internet, and he is in a very, very dark place, or certainly was. And he was there, it would appear, from the age of about 14," he said.

The teenager had been educated at the prestigious Tiffin Grammar school in Kingston-upon-Thames and had received four A grades in his summer exams.

In 2018, when applying to join the System Resistance Network, an alliance for the proscribed neo-Nazi organisation National Action, he wrote that "there is nothing I wouldn't do to further the cause".

Vaughan was arrested in his home on 19 June last year as part of a police counter terror probe into Fascist Forge, an online forum used by far-right militants.

The court was told he described himself as an "extremist" in his profile and had shared "sophisticated" propaganda posters he had made on his computer.

Police searched his laptop and other devices and discovered documents on Satanism, anti-Semitism, and neo-Nazism.

A far-right terrorist book, bomb making manuals, a guide to killing people, and graphics encouraging acts of terror in the name of the terrorist organisation Sonnenkrieg Division were also among the 4,200 images and 302 files discovered on his devices.

Police also discovered that Vaughan had downloaded and viewed two videos of child abuse which were classed as category A, the most serious category.

Prosecutor Dan Pawson-Pounds said that Vaughan had also searched for explosives online, and that the material discovered "demonstrated unequivocally that Vaughan had an entrenched extreme right-wing and racist mindset, as well as an interest in explosives, firearms and violence more generally".

Mr Mian, defending, said the material merely offered a "glimpse" of his client's "extensive library of hate", adding that the case offered "perhaps an ideal illustration of the dangers each and every parent has to deal with, potentially".

"We cannot be sure where they are going, what they are doing, in their bedrooms," he said. "That is the position the parents of this young man have found themselves in. They have questioned themselves. Are they to blame?"

Mr Justice Sweeney, the judge presiding over the case, responded: "As a parent myself, I am naturally sympathetic to their plight."

Vaughan has been released on conditional bail but has been warned that he may face a jail sentence.