Insurance giant RSA kicks off search for next chair 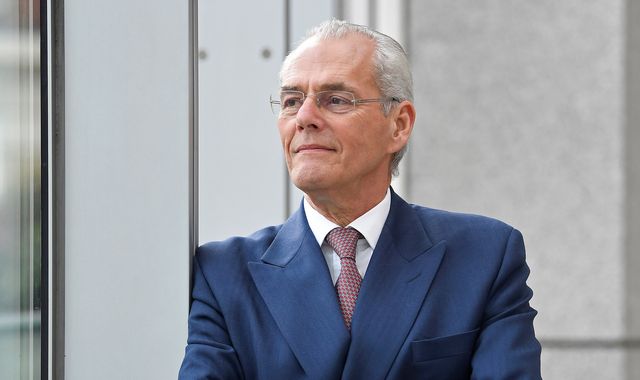 One of the insurers embroiled in a battle with the City watchdog about the payment of claims from coronavirus-hit businesses has begun lining up a successor to its veteran chairman.

Sky News has learnt that RSA Insurance Group is working with headhunters on a search to replace Martin Scicluna, who also chairs the supermarket chain J Sainsbury.

Mr Scicluna, who has chaired RSA since 2012, is expected to step down next year, according to sources.

City insiders said that one of the contenders to replace him was Baroness Fairhead, the former trade minister, who was recently named chair of the listed industrial group Electrocomponents.

The search process is at a relatively early stage, with an announcement thought to be unlikely until next year.

Other candidates are in the frame for the job as well as Baroness Fairhead, whose other previous roles include chairing the BBC Trust and HSBC Holdings' North American business.

RSA has had a challenging year, cancelling its dividend in April following discussions with the Prudential Regulation Authority as the COVID-19 crisis escalated.

The company has also been part of the Financial Conduct Authority's pursuit of the insurance industry over its decision not to pay out thousands of claims from small businesses which saw their operations halted as a result of the pandemic.

The case is now expected to be resolved at the Supreme Court early next year.