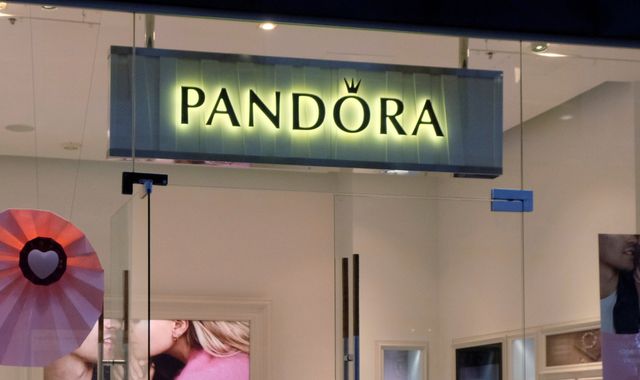 Jewellery giant Pandora has announced that it will stop selling mined diamonds as it launched a collection using lab-created versions of the gems.

The Danish company said it was looking to "transform the market for diamond jewellery with affordable, sustainably created products".

The company said lab-created diamonds are identical to mined diamonds except that they are made in a laboratory rather than excavated from underground.

They have the same optical, thermal and physical characteristics, Pandora said.

Lab-grown diamonds are guaranteed not to be "blood diamonds" sourced from conflict zones - an issue which has attracted growing scrutiny in recent years.

They are also as much as ten times cheaper than their mined equivalents according to recent industry data from consultancy Bain.

In 2018, De Beers, one of the industry's biggest names, reversed its decades-old policy of not using synthetic gems in its jewellery.

Pandora's new collection will be launched initially in the UK and go on sale in other markets next year, the company said.

Chief executive Alexander Lacik said of the lab diamonds: "They are as much a symbol of innovation and progress as they are of enduring beauty and stand as testament to our ongoing and ambitious sustainability agenda.

"Diamonds are not only forever, but for everyone."

Pandora, whose jewellery is sold to consumers in more than 100 countries, said growth in demand for lab-created diamonds was outpacing the growth of the overall diamond industry.

It said it would source the stones from suppliers in Europe and North America.

Any remaining mined diamonds held in its stores would still be sold, the company said.

Mr Lacik said that it was a good start to the year over a period when 30% of its 2,700 global stores were shut - helped by online sales more than doubling and US economic stimulus packages spurring consumer demand.

COVID-19: Indian variant rise prompts calls for Monday's lockdown easing to be delayed, as SAGE warns of pressure on hospitals