John Laing and Macquarie team up for £200m retirement venture 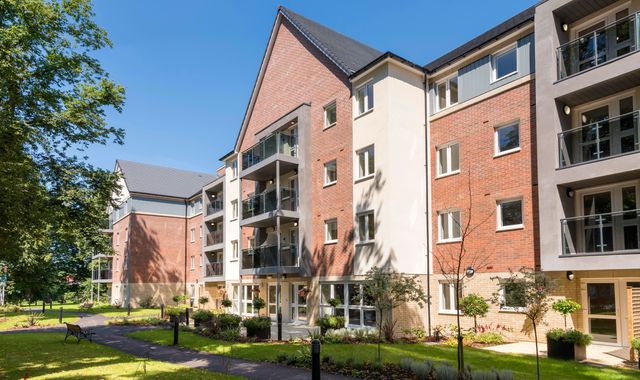 Two major investors in British infrastructure are joining forces in a £200m venture with the country's biggest retirement homebuilder in a renewed bid to tackle the undersupply of accommodation for the elderly.

Sky News has learnt that John Laing, the listed group, and an arm of the Australian financial services behemoth Macquarie will announce on Thursday the establishment of Brigid Investments to deliver hundreds of rented flats.

They have struck an agreement with McCarthy Stone, the private equity-owned housebuilder, to finance the development of its retirement living rental portfolio.

City sources said the two companies would inject £100m of equity into Brigid, with a further £100m of debt financing also provided to the new venture.

A deal was signed by the three parties in recent days, with completion expected before the end of June.

Two-hundred-and-fifty units worth roughly £80m will be developed initially, with plans for a further 400 worth a combined £120m at various sites around the UK over the next 12 months, according to insiders.

Brigid has been conceived with the objective of boosting the nationwide supply of retirement homes, reflecting demands created by Britain's underlying demographic trends.

The new venture will be structured as a special purpose vehicle, jointly owned by John Laing and Macquarie.

McCarthy Stone - which until recently was called McCarthy & Stone - has estimated that the UK requires 30,000 retirement units annually, far in excess of the 8,000 delivered each year.

The company was taken private from the London stock market several months ago when Lone Star, the private equity firm, tabled a takeover bid worth about £650m.

Insiders said that Brigid would be a "scaleable platform" that would utilise John Laing and Macquarie's expertise as asset managers.

Their move into the retirement accommodation sector reflects growing efforts to identify opportunities which produce infrastructure-style returns across new areas of the economy.

Because of their high-quality tenants, assets of the kind developed by McCarthy Stone tend to produce reliable cashflows.

For John Laing, the Brigid deal highlights its diversification under Ben Loomes, its new chief executive.

Last week, the company - best-known for its involvement in Public Private Partnerships - sold an Irish wind-farm as it continues its exit from the renewable energy sector.

It also announced the acquisition of two regional telecoms businesses in Germany, which it intends to merge into a single fibre platform.