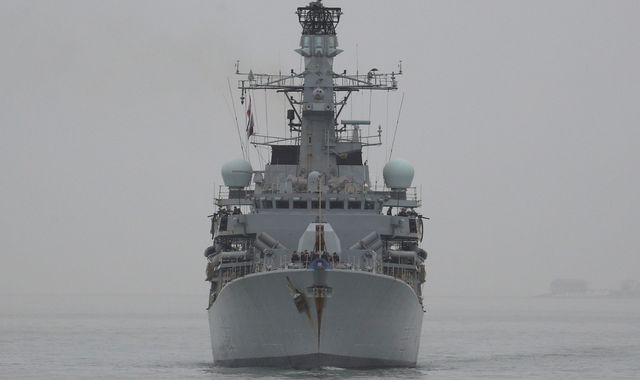 Laser weapons will be fitted to a British warship and armoured vehicles for the first time in a test that could "revolutionise the battlefield", the Ministry of Defence has said.

So-called radio frequency weapons, which use electromagnetic energy to disable electronic systems, will also be included in three contracts worth around £72.5m.

The money will be used to build demonstrators that will test the capabilities before they are cleared for regular use.

Jeremy Quin, the defence minister in charge of procurement, said: "Directed Energy Weapons are a key element of our future equipment programmes and we intend to become a world-leader in the research, manufacture and implementation of this next-generation technology."

The systems are powered by electricity and operate without ammunition - meaning that are cheaper to run as well as offering the armed forces futuristic fire power that sounds more like science fiction than real life.

The first laser will be put on board a Royal Navy Type 23 frigate to be used against drones.

Another laser will be fitted to the army's Wolfhound armoured vehicles. It will also be tested against drones and other aerial threats.

The radio frequency demonstrator will be put on an army truck and deployed against "a variety of air, land and sea targets", the MoD said, without specifying further.

The three contracts for the directed energy weapons - each lasting four years - were awarded to a consortia headed by Thales and Raytheon UK.