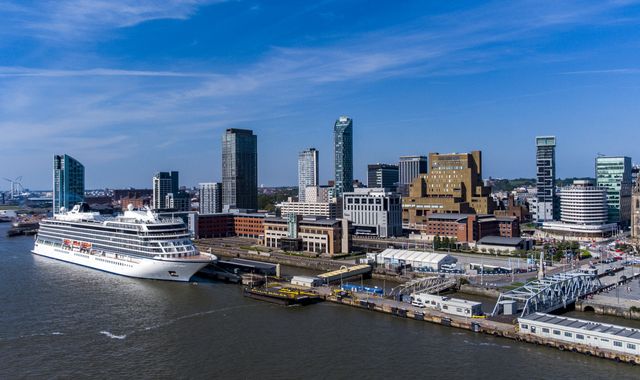 The city of Liverpool has lost its world heritage status after development projects were found to be "detrimental to the site's authenticity and integrity".

A United Nations committee made the decision following concerns that the new Everton football stadium and other developments posed a risk to the waterfront area.

The World Heritage Committee said the projects had caused "irreversible loss of attributes conveying the outstanding universal value of the property".

Plans for Everton's new £500m stadium were approved earlier this year despite objections from the International Council on Monuments and Sites (ICOMOS), acting on behalf of the United Nations Education Scientific and Cultural Organization (UNESCO), the Victorian Society and Historic England.

"I'm hugely disappointed and concerned by this decision to delete Liverpool's world heritage status, which comes a decade after UNESCO last visited the city to see it with their own eyes," she said.

"Our world heritage site has never been in better condition having benefitted from hundreds of millions of pounds of investment across dozens of listed buildings and the public realm."

She accused the committee of wanting the waterfront area to "remain a derelict wasteland".

Steve Rotheram, mayor of the wider Liverpool region, said the move was "a retrograde step that does not reflect the reality of what is happening on the ground".

Liverpool has been on the List of World Heritage in Danger since 2012, when the committee decided the Liverpool Waters development, planned for the city's northern docks, was a potential danger to the site.

The city gained its place on the UNESCO list in 2004, alongside sites such as India's Taj Mahal, Egypt's pyramids and Canterbury Cathedral.

Representatives from 21 countries on the World Heritage Committee voted in a secret ballot on Wednesday after members had been unable to reach a consensus on whether to keep the city on the list.

Of the 20 votes cast, 13 had been in favour of deleting the city, five had been against the proposal and two ballot papers had been invalid.

Liverpool City Council said £700m had been spent on upgrading historic assets within the site in the past few years and a further £800m was due to be spent in the next five years, including on Everton's move from Goodison Park to the dock area.