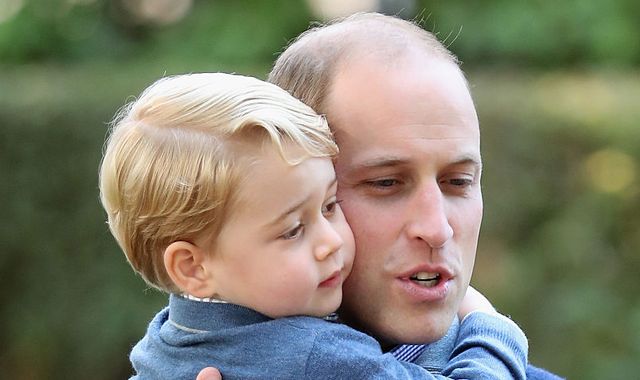 The Duke and Duchess of Cambridge have expressed their concerns that fathers may need more support during a talk with men whose parenting skills have been bolstered by charity courses.

William and Kate, who have three children, heard from four men who benefited from the courses run by Future Men, a London-based charity which supports around 500 fathers and their partners each year.

The courses focus on different aspects of fatherhood, from relationships between the father and the child, through to practical and emotional skills which enable men to take care of themselves, their partner and their baby.

The Duke of Cambridge said he worried some new fathers "just don't know what to do" and "don't know where to go" for support during the video call.

Early years development is one of the main pillars of the duchess's public work, and a key aspect of the national "Five Big Questions" survey she commissioned about the issue, which is expected to be published next week.

During the video call, William asked the fathers: "How does Future Men find some of these other guys out there who have not got the realisation, or the wherewithal if you like, to go looking for services like Future Men and be able to build on a happy future as a father?

Responding to the duchess who asked about the challenges of family life, especially during lockdown, the men described their experiences of dealing with their child's sleeping patterns through to being a positive role model.

One of the fathers, Sarit Chaturvedi, said: "Parenting is probably the only sort of job if you can call it [a job] - it is a very, very difficult job - that we're not given any hands-on approach on.

"You know, any other job you enter, you are shown the ropes. At the time it's completely new to you, it's very scary actually being a parent for the first time."

Kate said: "Dads play such an important role it shouldn't be a bad thing to reach out for help and advice."

Another father, Peter Sen, said: "I think being at home in lockdown has been a blessing and a curse. A blessing that I get to see every part of his development and that's a real joy, and however poorly or badly he sleeps, he always wakes up with a big smile on his face."

William asked the men if being a father was valued by their communities and wider society.

Darren Smith, who is married with a son called Messiah, said: "I have a strong belief that, especially for me being a younger dad, I think that I have a strong impact on you know, the community, the society around me...