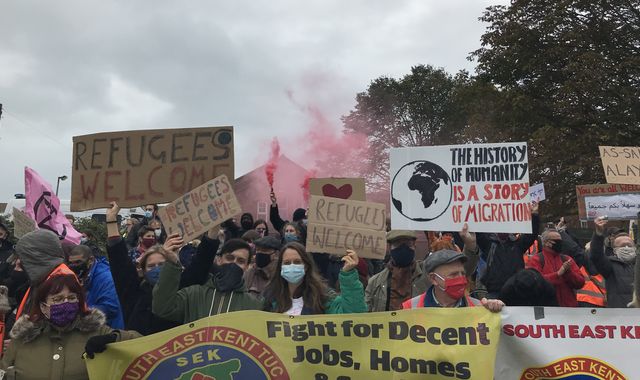 Supporters gathered in Kent to welcome migrants arriving in the UK as dozens were expected to take advantage of good weather on Saturday to try to cross the English Channel.

More than 100 local residents clapped and cheered outside a military barracks in Folkestone, which has been converted to house migrants, to greet their "new neighbours".

While the journey is dangerous no matter the conditions, low winds on Saturday made the crossing a more appealing prospect for those keen to reach British shores.

Few are thought to have successfully made it to the UK so far this month, perhaps put off by a significant number of Border Force vessels in the English Channel, supported by French warships.

Some of those completing the journey successfully could be housed at Folkestone's Napier Barracks, which has been turned into a temporary residence for around 400 asylum seekers, many of whom crossed the Channel by boat.

Supporters outside the site on Saturday carried placards with messages of solidarity in English and Arabic, some of which were fixed to the barracks fence.

Well-wishers shouted through gaps in the site boundary and waved to those inside, many of whom waved back, and there were outbreaks of clapping and cheering.

A significant policing presence was deployed outside the barracks and in the surrounding area, amid reports that counter-protesters could gather in the area.

"There's a narrative that has been put forward by a group of people saying that these fellow human beings aren't wanted in Folkestone and we know that isn't the case."

It came as the Home Office said on Saturday that one individual who had been living at Napier Barracks has tested positive for COVID-19.

The unidentified person has been moved out of the military site.

A Home Office spokesperson said: "The safety and wellbeing of asylum seekers and the local communities in which they live is of the utmost importance, and we have robust measures in place to deal with any cases of coronavirus in our contingency accommodation."

Record numbers of migrants have crossed the English Channel in small boats in 2020, with a new single-day record, 416, reaching the UK in early September.

More than 6,100 migrants have arrived in the UK on small boats so far this year. 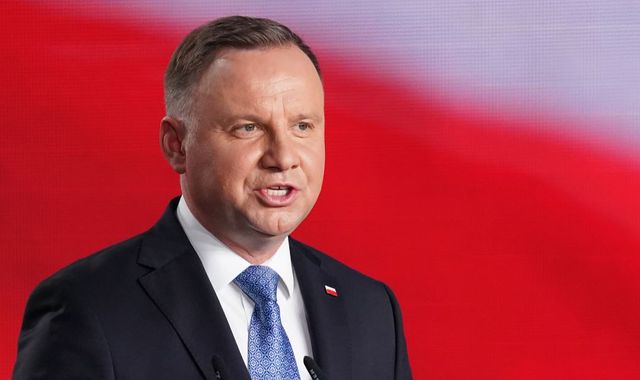 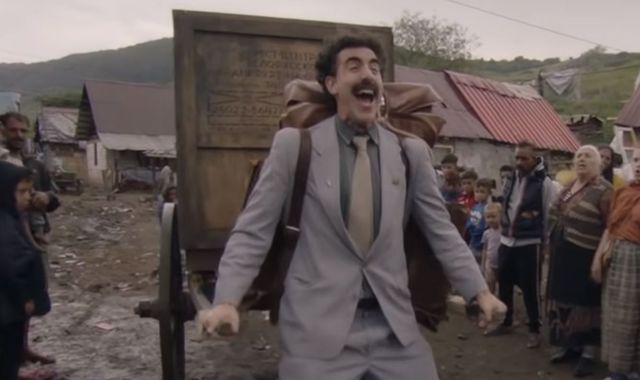 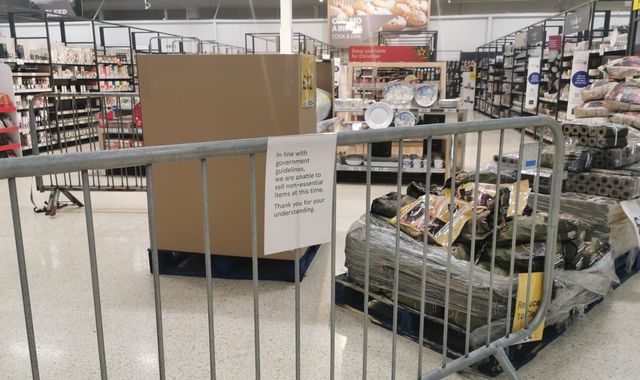 Coronavirus: Supermarkets in Wales have cordoned off 'non-essential items' - shoppers are furious