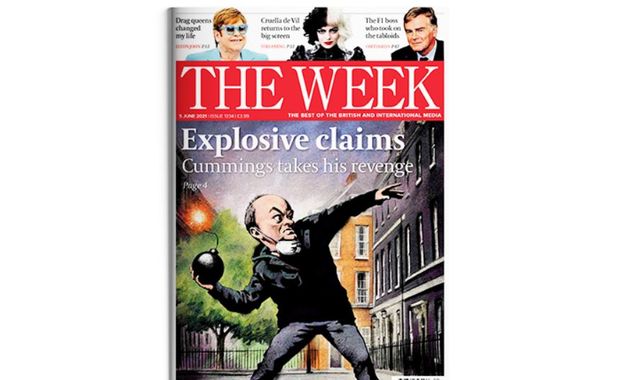 Rupert Murdoch's British newspaper empire is weighing a bid for The Week, the news and current affairs magazine.

Sky News has learnt that News UK, publisher of The Sun and The Times, is among a number of parties which have expressed an interest in acquiring the weekly title from Dennis Publishing.

News UK's interest is at an early stage and will not necessarily translate into a formal offer for The Week, according to industry insiders.

If it does proceed with an offer, it would mark a strategic shift for News UK, which does not currently publish magazines other than those distributed as supplements in its national newspapers.

News UK is a division of News Corp, the New York-listed media conglomerate headed by Mr Murdoch and his son, Lachlan.

News UK is thought to be one of several potential strategic bidders for The Week, which Sky News revealed last weekend was up for sale.

The Week, which ranks among Britain's biggest-selling news and current affairs magazines, is part of Dennis Publishing, which is owned by Exponent Private Equity.

Liontree Advisors, the investment bank, is overseeing an auction.

The move to sell the title follows a period of falling print circulation for The Week, with that trend, however, being offset by surging sales of The Week Junior, its current affairs title for younger readers.

It is understood that the sale process only relates to Dennis Publishing's flagship magazine and does not include any of the other brands in its portfolio, which include Fortean Times, Minecraft World, MoneyWeek and Viz.

DMGT is not thought to be among the current suitors for The Week.

Dennis was put up for sale in 2018 by the executors of founder Felix Dennis's estate, with the proceeds subsequently distributed to The Heart of England Forest Charity, which was also set up by the tree-loving tycoon.

Both Dennis and publishing rivals have provided evidence of the toll being exerted on print media groups amid growing pressure on advertising revenues, with readers increasingly shifting online.