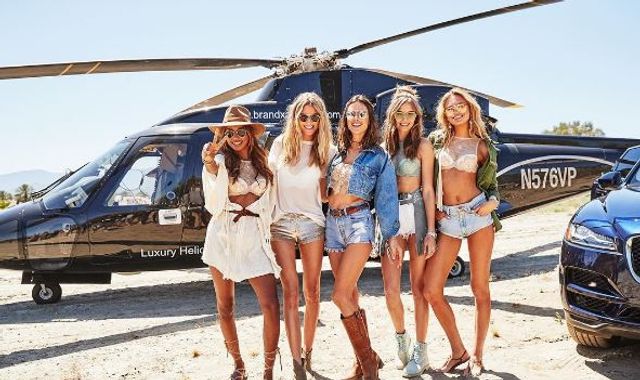 Next is close to seeing off competition from Marks & Spencer (M&S) and a host of other rivals to secure control of the British operations of Victoria's Secret, the world's largest lingerie brand.

Sky News can reveal that Next has been chosen as the preferred UK franchise partner for Victoria's Secret by administrators at Deloitte, who were called in last month.

Sources said that an outline deal had been agreed but that the final shape of its future retail portfolio was dependent upon Victoria's Secret UK's landlords agreeing to restructure its lease terms to reflect changing market conditions in the wake of the coronavirus pandemic.

Next is understood to have secured an exclusivity agreement until the end of September to finalise a deal.

The insolvency only affects the UK operations, and has no impact on Victoria's Secret's presence in the US or other markets, where it is owned by parent company L Brands.

Dozens of parties are said to have approached Deloitte about a deal in recent weeks, with M&S also understood to have been serious about a franchise arrangement.

One retail industry source said Victoria's Secret was likely to want to retain a significant physical retail presence, including its flagship London store on Bond Street, although it was possible that some of its 25 outlets would be closed permanently.

By partnering with Next, the lingerie brand would gain access to a digital and delivery capability that is regarded by analysts as the most sophisticated in UK retailing.

It would also give Victoria's Secret an opportunity to partner with Next's property team to expand its UK presence through new standalone stores and concession arrangements.

One source said it would also allow the brand to capitalise on Next's insights into British shoppers' behaviour during a period of sharp changes in consumption habits.

For Next, a tie-up would add one of the world's best-known lingerie retail brands to a collection of fashion labels which includes Abercrombie & Fitch, Boss and Under Armour.

According to analysts, it would also enable Next to attract younger consumers who are drawn to Victoria's Secret's PINK underwear and apparel brand.

The administration of Victoria's Secret was among the UK's most notable insolvencies since the outbreak of COVID-19.

The pandemic has accelerated a structural shift across the industry, with clothing retailers such as Cath Kidston, Debenhams, Laura Ashley and Monsoon Accessorize among those to fall into administration since March.

Some have emerged to resume trading, but with drastically reduced physical footprints.

Vast numbers of chains refusing to pay their rent bills in June for the third quarter, with footfall and sales at a fraction of the usual levels following the lockdown.

At the time of Deloitte's appointment as administrator, Rob Harding, a partner at the firm, said: "This is yet another blow to the UK high street and a further example of the impact the COVID-19 pandemic is having on the entire retail industry.

"The effect of the lockdowns, combined with broader challenges facing bricks and mortar retailers, has resulted in a funding requirement for this business, resulting in today's administration."

Despite its profile, Victoria's Secret has struggled financially in the UK, making an operating loss of £170m in the year to 20 February.

Victoria's Secret's parent company, L Brands, had itself been in discussions about being taken over by Sycamore Partners, a private equity firm, before the talks were abandoned in May.

Sky News revealed this week that Sycamore was one of the parties which has expressed an interest in investing in Clarks, the family-owned shoe retailer.

Next could not be reached for comment on Wednesday, while Deloitte declined to comment and a spokesman for Victoria's Secret said: "We continue to work closely with Deloitte to review a range of possible outcomes."